In creating “Life & Beth,” Amy Schumer really wanted to craft an honest portrayal of a woman. And at times, she says that meant pushing back against notes she was getting from studio execs.

The series, all episodes of which are now streaming on Hulu, follows Beth (Schumer) as she copes with the loss of her mother. In doing so, she leaves her perfect-on-paper life behind; she moves back home, eventually quits her job and leaves her clearly toxic boyfriend.

It’s a significant overhaul of her comfort zone, but Beth doesn’t regret it for a second — especially not the part where she leaves her relationship. And that lack of regret of leaving a man behind was one thing Schumer had to fight for.

“I think actually, I was being like, sort of getting studio or network notes, like I think they were kind of trying to edge me toward that. They kind of wanted some questioning of that,” Schumer told TheWrap. “And I was just like, ‘No, I feel like she’s moving forward,’ you know?” 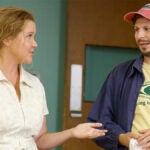 The aftermath of that breakup was also fun for Michael Cera to watch, particularly as it related to Beth’s ex, Matt (Kevin Kane).

That said, there were still some tropes surrounding Beth’s love life that Schumer wanted to include.

“Of course, after a breakup, you have to make a huge sexual mistake, nobody gets away without doing that,” Schumer joked. 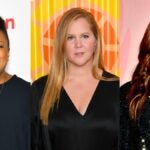 But on the whole, Beth is a woman written by a woman, and that was the most exciting thing for Schumer to play with. She wanted the character to be realistic (right down to never wearing heels unless she has to).

“I don’t know, I think it still feels kind of exciting to see a woman playing just like, a full human being and, you know, not just whatever sort of version we’ve seen written by men for women,” she said. “So I think that still feels pretty exciting and new, and I feel like I wrote like a real person. You know, a couple of real people!”