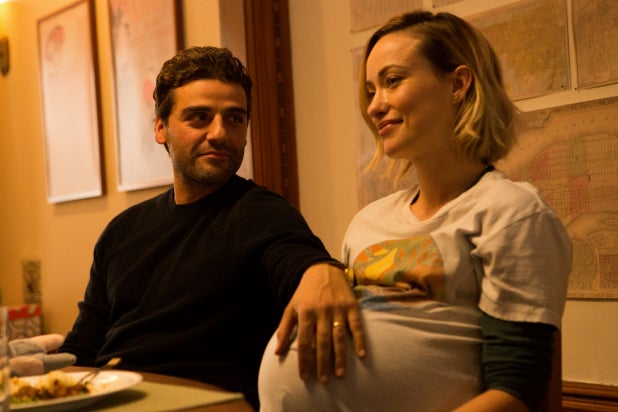 For everyone else, though, writer-director Dan Fogelman’s “Life Itself” is a glib, noxious, airplane-unworthy melodrama so insecure about its time-hopping, tragedy-strewn events and heart-stricken characters that, in its naked manipulation and narrative condescension, it resembles anything but the words of its title. One is likely to find more clarifyingly human drama in a 30-second Hallmark ad than in nearly any scene of this jaw-droppingly performative schmaltz.

Fogelman is the creator of NBC’s hit, award-winning, multigenerational soap “This Is Us,” fans of which readily accept that a cadre of writers, actors and directors have targeted their tear ducts with forensic zeal. But the two-hour movie version of interconnected highs and lows represented by “Life Itself” withers under the weight of so much forced emotion and storytelling trickery. Not to mention there’s a full-bore campaign to canonize Bob Dylan’s song “To Make You Feel My Love” as a shelter of squishiness inside the maelstrom of existence that feels practically unseemly.

Before one can even get to the movie’s softest center, however, there’s an artificially edgy outer shell in which Annette Bening’s serene therapist listens to Oscar Isaac’s caustic Will bemoan the end of his marriage to perfect wife Abby (Olivia Wilde, beatified to a fault) by way of brusque one-liners, flights of fantasy, “Pulp Fiction” shoutouts (not kidding), and flashbacks to a romcom-idealized courtship in which Will — in the same frame! — tour-guides the proceedings. (The first sign you’re in shaky hands: the effects gimmick that reads “Nifty!” instead of “Illuminating!”)

Aside from the uncharitable notion that Will was institutionalized for being unfunny, this mini-portrait of a broken man is so facile and grating (Isaac looks like he’s selling something out of the trunk of his car, hoping not to get caught) that the mushy idiocy of the rest of the movie is almost a balm. Almost.

“Life Itself” is two other stories, as well. There’s angry young musician Dylan (Olivia Cooke), whose band name is PB&J. So when Dylan, still not over the childhood loss of her parents, picks a fight in the club, that means a punch and a gooey sandwich in the face. (Also, her thrash version of the Dylan song is … unfortunate.)

Also Read: 'This Is Us' Creator Says Season 2 Finale Flash-Forward Is as Far Into the Future as We're Going

By now, “Life Itself” is beginning to feel as if three earnest-but-rejected short stories had been Frankensteined in a lab to create one crazily ambitious, but still unpublishable, novel. Not helping is that terrible scripter’s crutch: incessant narration explaining who everyone is and what they’re going through instead of letting the actors show us. On top of that, the movie keeps nudging us with references to the literary device of the unreliable narrator — Abby’s line of study in college — as if we haven’t figured out already that the movie thinks “unreliable” means going left instead of right, tossing in a twist, shifting the action overseas, or making a character we like into someone we don’t.

Sorry, that’s just storytelling. And in this case, the cringeworthy kind that Fogelman needs to justify by repeating the phrase “unreliable narrator.”

Also Read: Olivia Wilde's 'A Vigilante' Picked Up by Saban Films and DirecTV

By the end, when the connections are revealed (although easily predicted), and people have stopped getting hit by buses (also not kidding), here are many of the things “Life Itself” has ruined: Mandy Patinkin and Jean Smart as grandparents; the seriousness of mental illness; sassy baristas; Samuel L. Jackson (all over again); movie references; flirty post-coital talk; profanity; people-growing-old-in-seconds sequences; chapter titles for movies; olive oil. And to reiterate (a favorite tactic of the movie’s): Dylan; flashbacks; narration; love; death; your two hours.

It’s no artistic crime to see life as a grand canvas upon which the big emotions play, even if the unremarkable cinematography is pre-peak-TV flat. There’s arguably too little real feeling in movies these days, anyway, so Fogelman’s desires for “Life Itself” are understandable. But the way he reverse-engineers the story to sell the rollercoaster of life isn’t genuine; it’s a menu of stylistic distractions that feels at-you, instead of with-you, its meshed destinies like some kind of scorekeeping. Its actors are representations, not flesh-and-blood people. It treats tragedies the way a horror movie relies on jump scares. And it practically chomps at the bit to kill off its characters, so it can get to its cloying platitudes.

The biggest question you’ll leave thinking isn’t “How is life so mysteriously wonderful?” but “Who walks backward onto a street?”