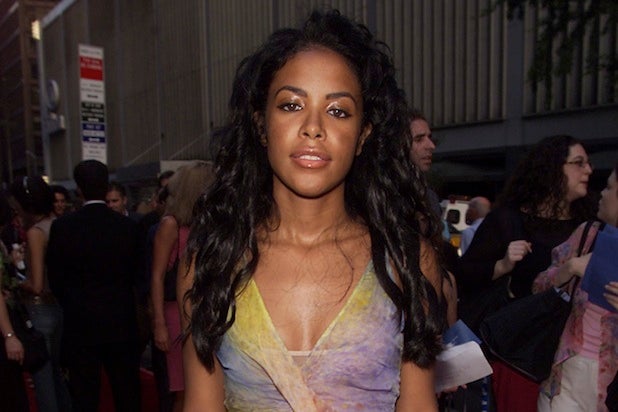 Lifetime’s Aaliyah biopic has been mired in protests from both the late R&B singer’s fans and her family, since the project was announced nearly two weeks ago.

There have been angry attacks on Zendaya, the Disney star cast to play Aaliyah, and there have been fan petitions aimed at closing down production on the movie. But, of course, neither one of those things have the legal ability to stop — or at least, make difficult — the production of the biopic like Aaliyah’s family can.

“Because we control the masters [to Aaliyah’s recordings], the rights and some images of the musical elements that we put together like the videos, and photo shoots and things that we did, what we can do is just withhold those elements from the production, which we would do,” Aaliyah’s cousin and president of Blackground Records — the record label that released all of her songs — Jomo Hankerson, told TheWrap.

That can certainly place Lifetime’s producers in a pinch, but it wouldn’t stop the production from having Zendaya record new covers of Aaliyah’s songs. Blackground Records may own Aaliyah’s recordings, but it doesn’t own publishing rights for the songs — many of which were written by Timbaland, Missy Elliott and Static Major, among others. They would have the ability to license the lyrics to Lifetime.

Hankerson said that they’ve reached out to Timbaland, Missy and Static Major’s representatives and said that those discussions were “positive.”

For the record, Hankerson has no problem with Zendaya, per se.

“I think she’s a lovely young girl,” he said. “I have a problem with the whole production, so casting would be a part of it. But I never wanted to single her out, because I think that she’s a good, young actress and that she’s just trying to take an opportunity that was presented to her.”

The family member said that his problems with Lifetime’s project are two-fold. First, he doesn’t believe that Aaliyah’s story shold be told on the small screen. And, second, he wishes that Lifetime would’ve reached out to them for help in the production process.

Lifetime is basing its movie on the bestselling biography, “Aaliyah: More Than a Woman,” by former Time Magazine music editor Christopher Farley.

Hankerson has a deep respect for Farley and his book, calling the writer “a very good journalist.” Again, his problem is that Lifetime hasn’t reached out to the family for their participation in the production in order to augment what Farley has in the book.

“If this were 50 years from now and nobody was here, then OK, you can just use research, but people are here,” Hankerson explained, “So why not have conversations with the people, because they’re here, especially when you’re saying the word biopic and you’re telling her story… I helped create the story. I was there for the story. Me and my dad weren’t just bystanders, we put out every record she ever recorded. It’s strange to not have that conversation with us.”

Hankerson said that Lifetime reps have reached out to his father, Blackground Records founder Barry Hankerson, after their announcement of the movie, but not before.

Also read: Lifetime Producing Unauthorized ‘Saved by the Bell’ Movie — Are You So Excited?

Regardless, the bigger issue here is that Hankerson believes that Aaliyah deserves more than a small screen movie.

“It’s the wrong forum for the project, for the first project of her life,” he said. “I believe that she’s a cultural icon for us, that she was legendary in her short career. I think it was obvious, the career track that she was headed on, and I think that you still see her influence in today’s music.”

He points to Drake, Ciara and Sevyn Streeter as examples of artists influenced by Aaliyah today.

Hankerson said that there are no big screen projects about Aaliyah in the works. But, he firmly believes that the timing is right and that Lifetime’s movie may kill the possibility of a feature film.

“It needs to be a project that’s way more painstakingly done,” He said. “To have all of this other source material and limit yourself to a book, to put it on the small screen … it’s not the right treatment for her legacy.”

When asked if he’s willing to kill the Lifetime project with no promise that a feature film about Aaliyah will ever be made, he said, “That’s a tough question, I don’t know.

Lifetime declined to comment for this article. Representatives for Timbaland and Missy Elliott and a rep for late Static Major’s publishing rights didn’t immediately respond to TheWrap’s request for comment.