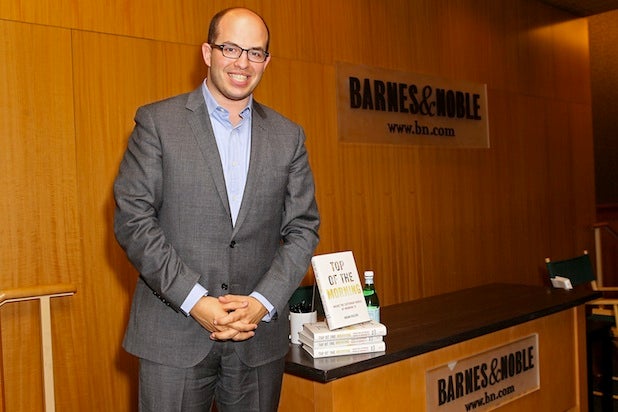 Lifetime is getting into the morning show wars.

The cable channel is in development on a television movie adapted from Brian Stelter’s “Top of the Morning,” a network representative told TheWrap.

Best known for their MTV series, Liz Gateley and Tony DiSanto are executive producing the project through their production company, DiGa Vision. Formerly, they produced the series “My Life as a Lifetime Movie” for Lifetime.

For “Top of the Morning,” former New York Times media reporter Stelter set out to document NBC’s “Today” show’s 17-year streak of ratings dominance over ABC’s “GMA.” But, he found himself in the right place at the right time. The ABC show was closing the ratings gap and Ann Curry had a target on her back. What followed was Stelter’s unprecedented access to both shows and their players as the morning show landscape was changing.

Published in April by Grand Central Publishing, critics were mixed to negative about the book. It famously got panned by Stelter’s own paper at the time, The New York Times.

For the most part, Stelter spent an equal amount of time on-set and in the control rooms at both “Today” and “GMA” while writing the book over about two years. Both shows gave him 45-minute interviews with the anchors (except Matt Lauer and Curry, who declined to speak to him after her removal).

In November, Stelter left the Times to join CNN as a media correspondent and host of “Reliable Sources.”