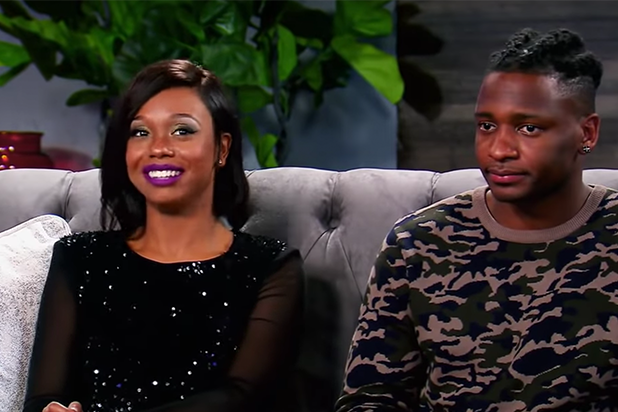 Lifetime has picked up a new remotely shot spinoff of “Married at First Sight,” the network announced on Wednesday.

Titled “Couples Cam,” the six-episode series will feature self-recorded footage from eight fan-favorite couples from across the show’s 10 seasons. The series will premiere May 20.

“Lifetime viewers fell in love with these couples when they were on MAFS and in the unprecedented time facing the world, ‘Married at First Sight: Couples Cam’ now allows us to continue to provide intimate access to these couples as their relationships have continued to grow, even after their seasons ended,” said Gena McCarthy, executive vice president of unscripted at Lifetime. “With the uncertain times we are all facing and having to pivot our production practices, we are thrilled to be able to deliver this special and exciting new series to give our fans even more of what they love.”

“Married at First Sight: Couples Cam” comes at a time when networks are in search of new programming to air while people are stuck at home. After the coronavirus pandemic forced the shut down of nearly all film and TV production last month, TLC made a similar move to pick up a new spinoff of its hit franchise “90 Day Fiance,” which will consist of footage self-recorded by the couples.

Read the full bios of each of the couples to be featured on “Couples Cam” below.

Jamie & Doug (Season 1)
Jamie and Doug were married on the very first season of the show in New York. Doug works in software sales, and Jamie left her former career as a labor and delivery nurse to focus on their growing family. They have a two-year-old daughter Henley Grace and are expecting a baby boy in early May.

Ashley & Anthony (Season 5)
Ashley and Anthony got married in Chicago for the show’s 5th season. Now living in the suburbs, Ashley works as the manager of her family’s bar and restaurant while Anthony is a sales director for a media company. They have a daughter named Mila who recently turned one. Ashley and Anthony continue to work on their communication while enjoying being parents and having the family they both have always dreamed of.

Shawniece & Jephte (Season 6)
Shawniece and Jephte got married in Boston on Season 6 and have a daughter named Laura, who turns 2 in August. Shawniece has a day job at a hospital, but is focused on starting two of her own businesses: a wig line and a hair salon. Jephte is currently an elementary school teacher, but has been considering a career change. Jephte and Shawniece are continuing to work on their marriage, raise Laura, and are planning big career shifts in the future.

Danielle & Bobby (Season 7)
Danielle and Bobby tied the knot on Season 7 in Dallas. They hit it off instantly, and found out only a few weeks after Decision Day that they were expecting a baby. Their daughter Olivia is now over a year old, and Danielle is a full-time stay-at-home mom while Bobby works as a regional sales manager for a utility support structures company. Lately, Bobby and Danielle are trying to balance marriage and parenting, and beginning to talk about trying for another baby.

Stephanie & AJ (Season 8)
Stephanie & AJ were married on Season 8 in Philadelphia. AJ works from home as the owner of a staffing agency while Stephanie works as a finance manager. They are both very focused on work, but spend a lot of their time traveling and exploring the world together. Stephanie and AJ are currently focused on their marriage to become better spouses for one another and started attending marriage counseling.

Kristine & Keith (Season 8)
Keith and Kristine were also wed in Philadelphia. Kristine is very career-focused and works full time in real estate, while Keith works in the medical field as a biomedical technician. They bought a house last year and are currently in the middle of renovations, hoping to transform it into their dream home.

Beth & Jamie (Season 9)
Beth and Jamie were married in Charlotte, but since then have relocated to the Bay Area in California. Jamie is a consultant for a tech company, while Elizabeth is a full-time health & beauty influencer. Elizabeth is busy trying to launch multiple projects, and with Jamie working from home, they are currently looking to move out of their tiny apartment and into a house of their own.

Deonna & Greg (Season 9)
Greg and Deonna also got married on Season 9 of in Charlotte. Greg is busy as the owner of a math learning center, and Deonna works in financial technology as an operations manager. They have been working on a side business of designing and screen-printing clothing from home, which is now growing more into a full-time gig. Beyond that, Deonna has serious ‘baby fever’ and is hoping to speed up their timeline for having kids.