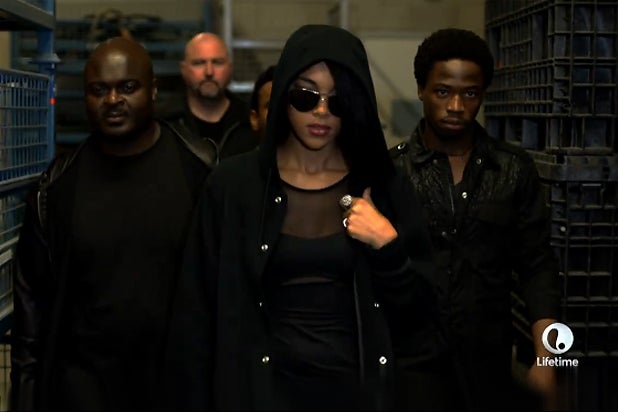 Lifetime has revealed a new trailer for “Aaliyah: The Princess of R&B” — but it’s not the late singer’s music featured. Rather, Iggy Azalea’s “Goddess” plays over Alexandra Shipp channeling the “Are You That Somebody?” singer.

The new trailer also reveals the first bit of footage from the film itself and features Aaliyah getting a pep talk from her mom (Rachel Crawford).

Lifetime’s biopic of the late singer has been wrought with controversy.

Zendaya Coleman was the first actress to be cast in the role, but she bowed out due to public pressure, leaving the door open for Shipp to take her place. Shipp is best known for playing KT Rush on the Nickelodeon series “House of Anubis.”

“Aaliyah: The Princess of R&B,” executive produced by Howard Braunstein, Debra Martin Chase and Wendy Williams, will tell the story of the late singer’s life, which ended when she tragically died in an airplane crash at age 22.