Industrial Light & Magic, the visual effects house started by George Lucas, is finally getting a documentary series. And it’s coming to Disney+.

The new documentary series, directed by “The Empire Strikes Back” and “The Force Awakens” screenwriter Lawrence Kasdan, is a six-part affair that will debut exclusively on Disney+ on July 27.

And what’s more, On Friday, May 27, attendees of the Star Wars Celebration will be among the first in the world to get a sneak peek at the project, called “Light & Magic,” with a panel featuring Lawrence Kasdan and Ron Howard. The panel will also feature VFX titans Dennis Muren, Phil Tippett, Joe Johnston and Rose Duignan, and Lynwen Brennan, Lucasfilm executive vice president and general manager.

The last documentary about ILM, “Industrial Light & Magic: Creating the Impossible,” directed by Leslie Iwerks (who helmed Disney+’s documentary series crown jewel “The Imagineering Story”), was released in 2010 (it currently is not available to stream). 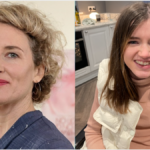 Also Read:
Bestseller ‘Out of My Mind’ Being Adapted as a Disney+ Film

In the more than 10 years since the last documentary, Industrial Light & Magic has been responsible for a handful of breakthroughs, including the use of large format LED screens for projects like “The Mandalorian” and “The Batman,” and pioneering motion capture technologies. The company was purchased, along with the rest of Lucasfilm, by Disney in 2012.