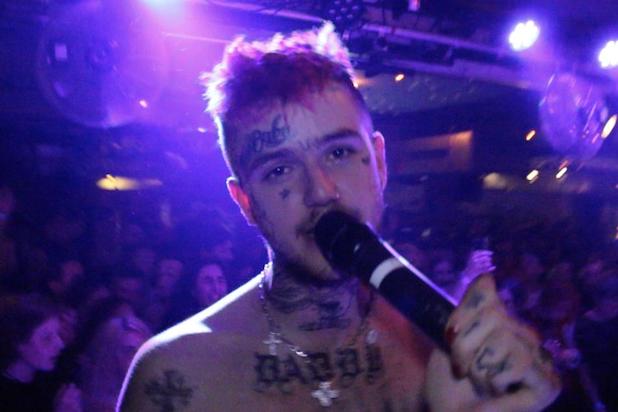 Gunpowder & Sky has acquired the worldwide rights to the documentary on the life of the late rapper Lil Peep, “Everybody’s Everything,” the studio announced Thursday.

The film, from directors Sebastian Jones and Ramez Silyan, premiered at this year’s SXSW and is executive produced by “The Tree of Life” director Terrence Malick. Gunpowder & Sky will release the film domestically later this year and will handle international sales on the film at the Cannes Film Festival.

“Everybody’s Everything” follows the life and career of Lil Peep, real name Gustav Ahr, who was influential in bringing emo and pop-punk sounds into the hip-hop genre. But his career was cut short as he was rising to fame when he died of an accidental drug overdose at age 21. The documentary features unseen archival footage of the late rapper and interviews from Lil Peep’s friends and family, who lovingly refer to him not as Lil Peep, but as “Gus.”

“The overnight meteoric rise of genre-bending hip-hop artists, like Lil Peep – on places like SoundCloud – is reminiscent of early rap artists spreading mixtapes in the ’80s,” Gunpowder & Sky CEO Van Toffler said in a statement. “Lil Peep had such a unique twist on the hip-hop artform, and this doc gets behind what drove him to integrate elements of punk and emo into his music. He was one of the most empathetic artists in modern music, which is why we all mourn his loss.”

“We’re both thrilled to be working with Gunpowder & Sky in bringing Gus’s story to the public. It’s one that needs delicacy and care but also needs to be executed with a bold vision. This film is a true labor of love for us all, and we couldn’t have asked for a better home,” directors Jones and Silyan said in a statement.

Also Read: Why Instagram Hiding 'Likes' Could Be Good for Users - and the Bottom Line

“This film is deeply personal,” Womack said in a statement. “We couldn’t have found a better team that both recognizes Lil Peep the artist and Gus the person than Gunpowder & Sky. We are confident that G&S will do exactly the right job of releasing this film for Gus’s current fans as well as introducing Gus and his work to legions of new fans.  His legacy and influence will continue to grow.”

Lil Peep came to fame through his mixtapes released via SoundCloud in 2015 and embarked on a U.S. solo tour behind his album “Hellboy” in 2016, racking up millions of SoundCloud hits in the process. His second album, 2018’s “Come Over When You’re Sober, Pt. 2” — which was his first posthumous release — debuted at #4 on the U.S. Billboard 200.

The deal was negotiated by Janet Brown and Jake Hanly of Gunpowder & Sky with UTA representing the producers.

Gunpowder & Sky currently has “Her Smell,” starring Elisabeth Moss, in theaters, and the studio recently announced the acquisition of the Bill Skarsgard-starring comedic-thriller “Villains,” also out of SXSW.