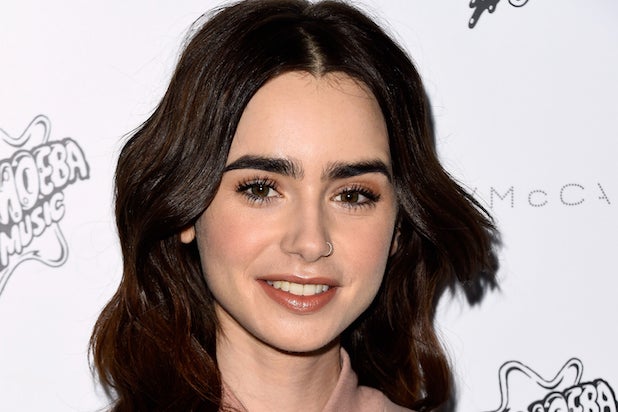 One day after signing on to star in Marti Noxon‘s dark comedy “To the Bone,” Lily Collins has landed one of the lead roles alongside Jake Gyllenhaal in Netflix’s “Okja,” a monster movie from “Snowpiercer” director Bong Joon-ho, TheWrap has exclusively learned.

Tilda Swinton and Kelly Macdonald are slated to co-star in the film, which will be co-produced by Netflix, Lewis Pictures and Brad Pitt‘s company Plan B Entertainment. Bill Nighy has fallen out of the project, according to insiders, while Paul Dano‘s involvement remains up in the air and will ultimately depend on his schedule.

While plot details remain vague, director Bong has said the title refers to a bulky animal with a mild and kind spirit who strikes up a warm friendship with a young Korean girl. Together, they set out on a bizarre journey through a crazy world.

Collins will play an anarchist named Red who’s the only female member of the higher-ranked ALF members.

“Okja” is one of the first Asian films to be backed by Netflix, which is in the process of expanding throughout the continent, including South Korea. Production is slated to start in the coming months in both Korea and the U.S., and the film could receive a theatrical release in the first half of 2017.

While “Okja” will require a larger budget than “Snowpiercer,” which was made on a reported budget of $40 million, director Bong’s arrangement with Netflix gives him complete creative freedom. The South Korean filmmaker’s previous movies include the serial killer procedural “Memories of Murder,” the crime drama “Mother” and the critically acclaimed monster movie “The Host.”