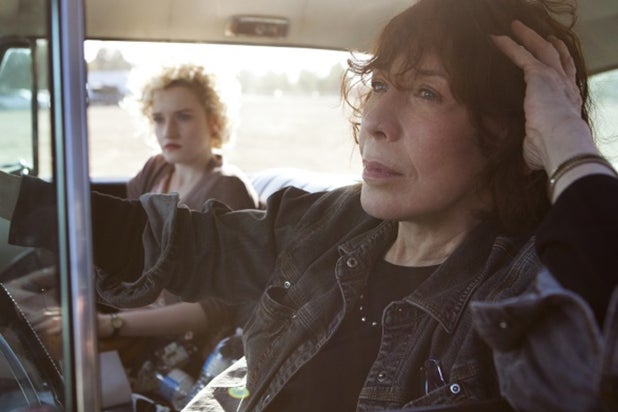 The non-profit organization that produces the festival and the Film Independent Spirit Awards also announced that director Rodrigo Garcia (“Mother and Child,” “Albert Nobbs”) will serve as this year’s guest artistic director, and producer Gale Anne Hurd (“The Terminator,” “The Walking Dead”) will receive the Glory to the Filmmaker Award.

As part of the opening-night festivities on June 10, Lily Tomlin will receive the festival’s Spirit of Independence Award.

“Grandma,” which stars Tomlin as a woman who must help her granddaughter come up with $600 before sundown, premiered at the Sundance Film Festival in January, where it was acquired by Sony Pictures classics for $2 million. Its LAFF screening will serve as the Los Angeles premiere.

Tomlin’s performance, said LAFF director Stephanie Allain in a press release announcing the selection, is “unapologetic, hysterical, moving — it’s the kind of performance that stays with you, gets inside you, makes you feel compelled to love harder.”

The nine-day festival will take place from June 10 through June 18 in downtown Los Angeles, largely at the Regal Cinemas in the LA Live complex.

The festival also announced a charity art show and auction to benefit the festival and the Underground Museum on May 6, before the launch of this year’s LAFF. More than 40 works of art will be up for auction, including pieces by Ed Ruscha, Shepard Fairey, Ry Rocklen and Noah Davis, who designed this year’s festival poster.

Passes for this year’s LAFF will go on sale on April 21, with the lineup announced on May 5 and individual tickets on sale on May 19.