Pop TV shared the first image from the upcoming “One Day at a Time” animated special on Thursday, also announcing that Lin-Manuel Miranda will make his debut as guest star on the series with the upcoming episode.

Miranda has been a vocal fan of the series in the past, joining the Twitter campaign to help “ODAAT” find a new home after the show was canceled by Netflix. He’ll play Tio Juanito on the special, a member of the Alvarez’s extended family who comes to visit.

The one-off animated special was announced last month, after the multi-camera comedy was forced to put a hold on physical production due to the coronavirus pandemic. The episode will center around Penelope’s conservative cousin Estrellita (Melissa Fumero), Tia Mirtha (Gloria Estefan), and Tio Juanito (Miranda) coming to visit and with the impending election, they won’t be able to avoid fighting over politics. See the animated version of the cast below.

Also Read: 'One Day at a Time' Sets Animated Special During Coronavirus Shutdown 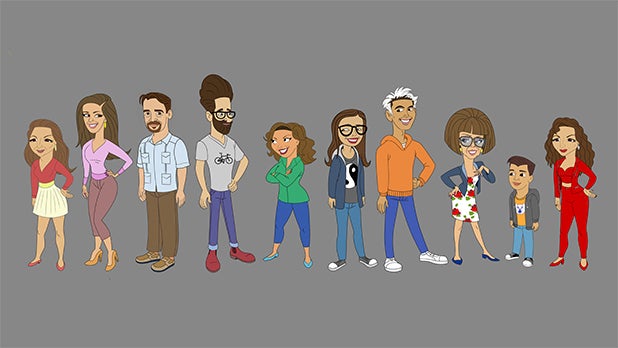 Jonas Diamond, executive producer and co-owner of Toronto’s Smiley Guy Studios, will oversee animation on the special. The cast will all voice their own characters and will be joined by celebrity guests to be announced at a later date.

“One Day at a Time” is produced by Act III Productions, Inc., Snowpants Productions and GloNation in association with Sony Pictures Television. Kellett, Lear, Mike Royce, and Brent Miller are executive producers.