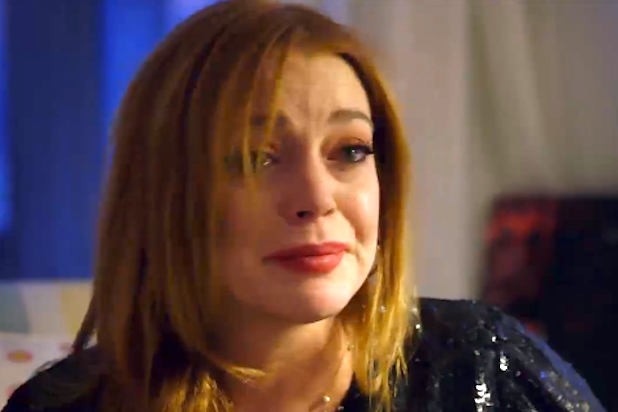 “Liz & Dick” star Lohan and her mother, Dina Lohan, have filed suit against the news channel and one of its hosts, Sean Hannity, saying that the two were smeared on “Hannity” in early 2014, during a segment on substance abuse in Hollywood. Discussion turned to the Lohans, with correspondent Michelle Fields declaring, “Lindsay Lohan‘s mom is doing cocaine with her.”

And those, the lawsuit says, are fighting words. Or, as the suit says, “malicious innuendo” that is also “a direct smear on the character/reputation of Lindsay and Dina.” And “false, defamatory, heartless [and] derogatory.”

Fields is also listed as a defendant in the suit.

Fox News issued an apology for the statement shortly after it was made, with “Hannity” guest host Andrea Tantaros saying, “a guest made a comment about Lindsay Lohan and her mother that we cannot verify.  We apologize for this oversight.”

The Lohans filed the complaint in New York Supreme Court on Monday, claiming that they “have the right to the respect, confidence and esteem of their neighbors, peers, general public and others in their community.”

“We will defend this case to the fullest,”a Fox News spokesperson told TheWrap on Tuesday. “The remark about which Lindsay and Dina Lohan complain was made on live television by a guest nearly a year ago. We removed the segment from our archives altogether last February and also apologized on-air. At that time, the Lohans did not make any demands for money, and we are surprised they are doing so now.”

The Lohans are seeking unspecified damages.