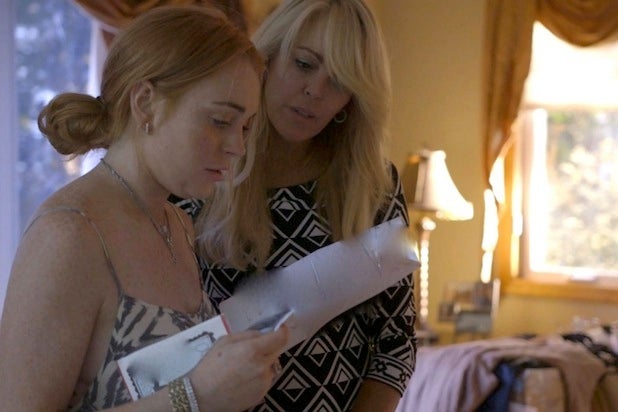 “We feel really good about [the ratings],” OWN president Erik Logan told TheWrap. “Part of what excited us about this project is that we had the opportunity to diversify the network and expand the brand.”

Also read: ‘Lindsay’ Premiere: Lohan Is a ‘Prisoner’ on OWN Series — ‘It’s My Last Shot’

Although the numbers seem on the low side for the original series, Logan said that the network intended for the show to open the network to new and younger female viewers.

“We feel really good about the goal that we had set out,” Logan said, “which was one, to tell a good story; two, demonstrate the flexibility of our brand under Oprah [Winfrey]; and three, continue to attract new audiences to the network.”

For the younger demo of Women 18-34, “Lindsay” ratings actually ranked third after comparable reality series “Iyanla: Fix My Life” with a .89 and “Life with La Toya” with a .58. “Lindsay” saw an increase in the younger demo in the hour of 241 percent year-over-year.

As different show formats and without the presence of Winfrey, Logan said those numbers aren’t comparable.

“It’s really, really hard to compare the two, because Oprah is hosting the show and this is a docu-series around Lindsay Lohan,” Logan said. “Also, that show has a track record of over two years of an audience, this is a premiere of a series that doesn’t have Oprah in it. So, it’s apples and oranges.”