Senator Lindsey Graham (R-South Carolina) on Monday preducted the United States “will be going back into Afghanistan” due to the threat of terror,

After praising former President Donald Trump for maintaining the U.S. military presence in Afghanistan, Graham said in an interview on Monday with the BBC that the Taliban will “impose a lifestyle on the Afghan people that I think is going to make us all sick to our stomach.”

“But most importantly,” he said, “they’re going to give safe haven to Al-Qaeda who has ambitions to drive us out of the Mideast writ large and attack us because of our way of life. We will be going back into Afghanistan as we went back into Iraq and Syria.” 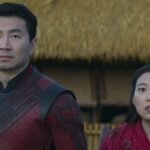 Following this statement, BBC host Stephen Sackur asked, “You seriously think the United States will once again, in the foreseeable future, put troops back into Afghanistan?”

“We’ll have to because the threat will be so large,” Graham responded. Citing the situations in Iraq and Syria, the Republican senator predicted that Afghanistan will be a “cauldron for radical Islamic behavior.”

Graham proposed that the United States support the resistance in Afghanistan’s Tangir Valley to avoid the fracture of the country that would “create a perfect storm for Western interests to be attacked,” and to “hit them before they hit you.”

Graham previously criticized President Joe Biden’s decision to follow up on Trump’s planned withdrawal of U.S. troops from Afghanistan. “We’re leaving thousands of Afghan allies behind who fought bravely with us,” he said last month in an interview with “Face the Nation.” “We’re going to leave hundreds of American citizens behind.”