From the Weinstein Company to Warner Bros., TheWrap polled each of the majors and mini-majors to see if any of them are breaking ranks with the MPAA-led opposition lobby against box-office futures trading.

Sony’s position seemed to summarize the group response best, with a studio spokesperson noting, “We are part of the (Motion Picture Association of America) effort.”

TheWrap did not poll the ranks of independent producers and distributors. However, the Independent Film and Television Association, which represents the bulk of that constituency, entered a statement opposing movie futures trading into House subcommittee testimony on the matter Thursday.

“The Independent Film and Television Alliance (IFTA) opposes these proposed contracts because they serve no legitimate public interest, would impose new and substantial burdens on small to medium sized businesses and provide little, if any, of the so called ‘benefits’ of hedging,” the statement read. 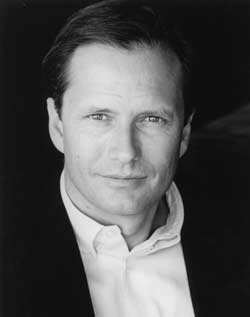 In his own subcommittee testimony Thursday, Richard Jaycobs, president of Cantor Exchange — one of two company’s seeking federal approval to trade on films — said a number of other independent studios and theater owners supported the proposed derivatives markets.

Jaycobs, however, did not return calls to TheWrap to identify any of these parties.

As for Lions Gate’s Burns, it is entirely relevant to note that he is a former Shearson Lehman trader and the co-founder of the Hollywood Stock Exchange, the play-money movie futures market Cantor purchased in 2001.

Cantor and Chicago-based Media Derivatives are in the process of trying to obtain regulatory approval for futures markets that trade on domestic box office performance.

Both firms have garnered an OK from the Commodities Futures Trading Commission to begin setting up the basic infrastructures (aka “exchanges”) for these markets. And both companies had expected the CFTC to approve products (aka “contracts”) that would be traded on these exchanges as early as June.

In the Senate, a bill banning the exchanges was introduced last week into broad-reaching financial reform legislation that’s currently under hot debate.

Similarly, House lawmakers are also mulling the issue, having heard testimony from both sides Thursday.