Lionsgate managed to comfortably beat Wall Street forecasts for its second fiscal quarter of 2022 on Thursday.

Analysts following the stock via Yahoo Finance had expected Lionsgate to report a revenue of $780.5 million and a loss of 12 cents per share. The studio garnered $887.8 million in revenue.

However, Lionsgate’s revenue is down from last quarter, when the company reported more than $900 million in revenue. Its Starz-branded streaming service StarzPlay now has 18 million subscribers (up from the 16.7 million last quarter), more than half of the overall Starz subs of 30 million.

Media Networks segment revenue of $384.7 million was comparable to the prior year quarter while segment
profit decreased to $5.5 million driven by higher costs associated with increased programming and marketing costs.

Motion Picture segment revenue was up 28.5% to $330.9 million while segment profit increased 22.7% to $101.8 million compared to $83.0 million in the prior year quarter, growth attributable to higher home entertainment sales and profit contributions from acquired libraries.

Television Production segment revenue of $336 million was up 70.4% compared to the prior year quarter and segment profit increased 187.9% to $28.5 million, reflecting the deliveries of a number of new series. 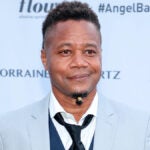 Lionsgate completed its purchase of 20% of Spyglass Media Group during the quarter, which included the studio’s 200-title library.