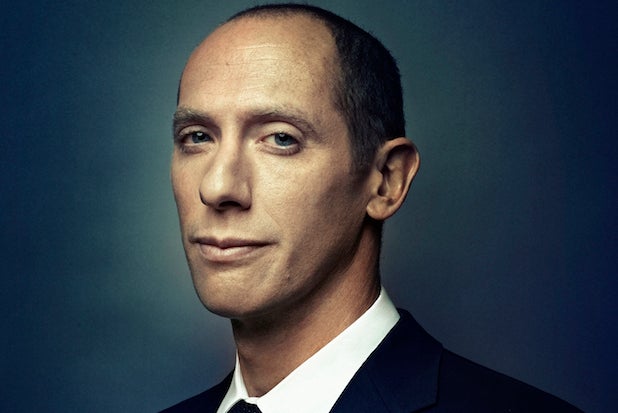 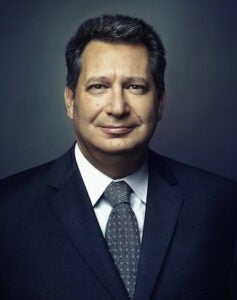 Lionsgate has extended the employment agreements of two of its corporate officers — co-COO Brian Goldsmith (pictured above) and Chief Strategic Officer/General Counsel Wayne Levin (pictured left), it was announced Thursday by Lionsgate CEO Jon Feltheimer, to whom they both report.

The renewed agreements demonstrate the depth, experience and continuity of Lionsgate’s executive team, most of who have been with the studio and its predecessor companies for over a decade.

“The stability of Lionsgate’s management gives us an important advantage in the highly competitive media environment where our team’s ability to move quickly and nimbly has benefited us tremendously,” said Feltheimer. “As we focus on a balance between organic growth and creating and executing on strategic opportunities, both Wayne and Brian have made exceptional contributions to the direction and operation of our business.”

Levin has negotiated and overseen the acquisitions and subsequent integration of such companies as Artisan Entertainment in 2003, Lionsgate U.K. (formerly Redbus Holdings) in 2005, Debmar-Mercury in 2006, Mandate Pictures in 2007, TVGN (formerly TV Guide Network) in 2009 and Summit Entertainment in 2012, as well as Lionsgate’s equity investments in Roadside Attractions and Break Media. In addition, Levin played a key role in structuring Lionsgate’s participation in the premium entertainment channel EPIX, launched with partners Viacom and MGM in 2009. Prior to joining the company when Lionsgate acquired Trimark Holdings in October 2000, Levin headed up the business and legal affairs department at Trimark Pictures from 1996 through 2000.

As co-COO, Goldsmith is active in negotiating Lionsgate’s corporate development activities, including the recent Liberty Global and Discovery deal. In addition, he directs investments in 10 branded channels around the world as well as a broad spectrum of digital initiatives. He was instrumental in the company’s January 2012 acquisition of Summit Entertainment, the August 2011 sale of Canadian distributor Maple Pictures to Alliance Films and the February 2009 acquisition of POP (formerly TVGN, now a 50/50 partnership between Lionsgate and CBS Corporation). He has also worked closely with Lionsgate vice chairman Michael Burns on Lionsgate’s capital structure and corporate financings.

Goldsmith has also played a significant role in overseeing Lionsgate’s partnerships with Viacom and MGM in the EPIX channel and the company’s launch of Celestial Tiger Entertainment in Asia with partners Saban Capital Group and Astro’s Celestial Pictures. He also helped develop Lionsgate’s content partnerships in China with The Alibaba Group and Hunan TV & Broadcast Intermediary Ltd. Prior to joining Lionsgate, Goldsmith served as COO and CFO of Mandate Pictures and its predecessor company Senator International, joining Lionsgate after its September 2007 acquisition of Mandate. Previously, Goldsmith worked as a financial analyst and strategic planner at Sony Pictures, beginning his career as a financial analyst at Merrill Lynch.