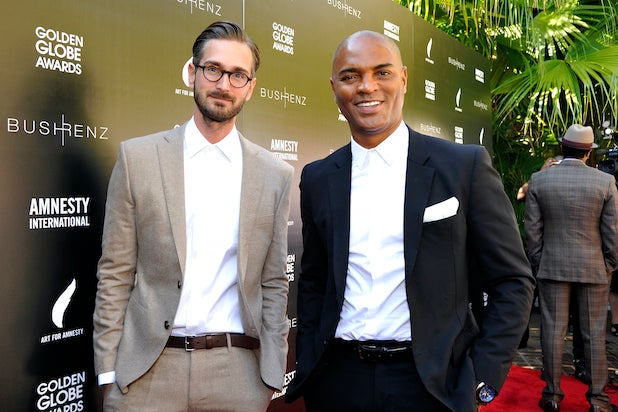 Lionsgate has acquired the rights to “Rapture,” the next film from the directors of Lionsgate’s upcoming “Antebellum,” Gerard Bush and Christopher Renz, the studio said on Friday. Nathan Kahane, president of the Lionsgate Motion Picture Group and Erin Westerman, president of motion picture production for the studio, on Friday.

Along with the acquisition, the studio also set a date for Bush and Renz’s debut film “Antebellum” after its original planned release for this spring was delayed by the coronavirus. The horror film starring Janelle Monáe will now open in theaters on August 21, said Nathan Kahane, president of the Lionsgate Motion Picture Group, and Erin Westerman, president of motion picture production for the studio, in the statement.

Lionsgate picked up Bush and Renz’s short story “Rapture” in a bidding war, and the duo will base their screenplay off their short as their next project as writers and directors.

“Rapture” is a mind-bending nightmare of Biblical proportions in which a family is torn apart by warring beliefs and must come together to unravel the mystery around the sudden vanishing of the global population — before it’s too late.

“We could not be more excited to release Bush+Renz’s Antebellum on August 21. After the amazing experience of collaborating on that film, we’re excited to build a second film with these prolific and daring auteurs. Like with everything they do, ‘Rapture’ will be beautiful, evocative and will pierce through the clutter, and we’re certain it will spark many important conversations. They are the kind of voices we need right now. We couldn’t be more proud to be working with them along with Sean McKittrick and Raymond Mansfield at QC Entertainment and Zev Foreman as we bring their films to audiences everywhere,” Kahane said in a statement.

“In Lionsgate, we could not wish for more committed studio partners than Joe Drake, Nathan Kahane, Damon Wolf and their teams, who demonstrated their support of our vision as artists and filmmakers at every juncture of the development and production process with Antebellum. We look forward to continuing our efforts in collaboration, to redefine the theatrical experience for the moviegoing audience with our next project, ‘Rapture,'” Bush and Renz said in a statement.

“We are thrilled to join our industry and exhibitor partners as we begin to plan for a return to moviegoing,” David Spitz, president of worldwide distribution said in a statement. “With tentpole movies from major distributors, like Warner Bros.’ ‘Tenet’ and ‘Wonder Woman 1984,’ and Disney’s ‘Mulan,’ all lined up for late summer, we believe that by August 21, audiences will be eager for the distinctive, unique story and voice of these groundbreaking filmmakers’ debut, ‘Antebellum.’ Like those films, ‘Antebellum’ is a movie that demands to be seen and experienced in a theater.”