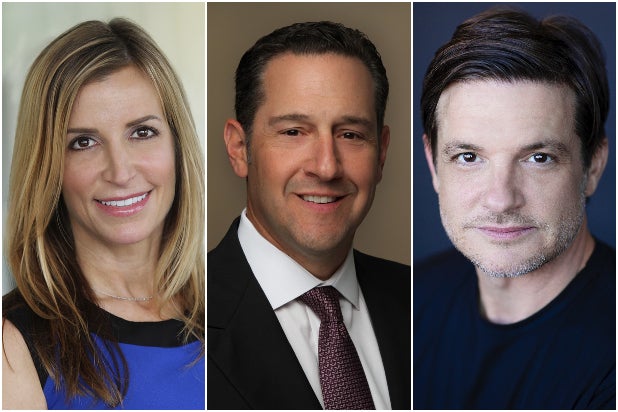 Lionsgate has completed a division-wide restructure and reorganization of its Motion Picture Group and appointed three executives to lead new key verticals within the division under chairman Joe Drake, who announced the news Friday.

Jen Hollingsworth, Ron Schwartz and Damon Wolf will all expand their roles to cover the four verticals consolidated to strategy and innovation, marketing, distribution and content. This comes after the motion picture group laid off 15 percent of its staff in November.

Within each vertical, teams will oversee projects throughout their creative evolution and life cycle. Projects will be assigned at the beginning of the development process or acquisition, and teams will continue to oversee those projects not only through release (whether theatrically or through transactional platforms) but throughout all downstream and library ancillaries.

Also Read: Zachary Levi to Star as Father of Autistic Son in 'The Unbreakable Boy'

Jen Hollingsworth will continue as COO of the Motion Picture Group and will expand her oversight to lead the strategy and innovation team. Ron Schwartz will expand his role to lead worldwide distribution for all motion picture group content. And Damon Wolf will expand his global marketing and communications oversight to include all platforms and digital content releases as well as oversight of all theatrical and digital releases through the home entertainment window.

Drake, who oversees the motion picture group, will continue to lead the content vertical. Nathan Kahane, Jason Constantine and Jenefer Brown are heading up production, global acquisitions, and live, interactive and location based entertainment verticals, respectively.

“Since returning to Lionsgate three years ago, my focus and mandate has been reimagining the motion picture group as a place for artists to thrive,” Drake said in a statement. “Strengthening our company for the realities of a rapidly shifting marketplace has been priority one. That transformation began well before this year, but the pandemic has accelerated these changes and spurred us to adapt and enhance our flexibility. It was essential that we rebuild our operations with a forward-thinking lens. We have the best executive team in the business and we’re collaborating with the best storytellers in the world. I am confident our motion picture group will meet the the unique challenges of the industry today with the innovation, creativity, resolve and resilience that I know is the hallmark characteristic of every Lionsgate employee I am privileged to work with.”

He continued: “Through these changes, our core business remains the same: we are premium content creators and providers working with the world’s best artists who want to see their films presented on the big screen. Lionsgate remains committed to the theatrical experience. Equally, we are also in the unique position to be able to quickly serve consumers changing viewing habits during this time where innovation and flexibility must be embraced. Optionality and consumer preference are critical as fans seek entertainment where they want and how they want and these factors must be our true north star… By streamlining and consolidating our operations, we are taking full advantage of our assets, staff, library and our portfolio, so we are more competitive today, tomorrow and into the future.”

Hollingsworth previously served as executive vice president of strategic planning and operations, where she was responsible for worldwide deal analysis, operational management and strategic planning for the company’s film slate. She first joined Lionsgate in 2007 as vice president, finance & business development, when the company acquired Mandate Pictures. She began her entertainment industry career in business development at Sony Pictures Entertainment.

Prior to his promotion, Schwartz served Lionsgate as president of worldwide home entertainment, a role he was promoted to in 2014. Prior to taking on worldwide duties, Schwartz rose through the ranks of the company, first as executive vice president & general manager of Lionsgate’s home entertainment operations, and then as president & general manager of Lionsgate Home Entertainment sales & distribution. A 20-year veteran of the company, he has played an instrumental role in the growth of Lionsgate’s third-party distribution and library revenue.

Wolf joined Lionsgate in January 2019, and since that time, has reimagined the studio’s motion picture marketing and brand integration operations, initiating key new senior level departmental hires and steering the studio’s marketing team towards a data-first strategy as a primary driver. Wolf and his team were responsible for the marketing of “John Wick: Chapter 3 – Parabellum,” “Knives Out,” “Angel Has Fallen,” “Midway” and “Bombshell.”