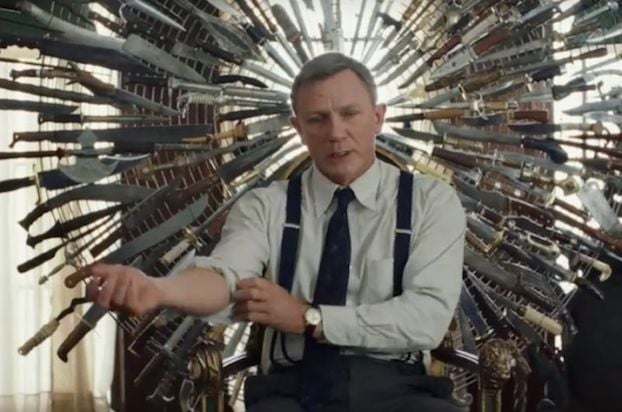 Lionsgate Entertainment reported a net loss for the fourth quarter on Thursday that was an improvement over the previous year, despite the negative financial impacts incurred from the ongoing coronavirus pandemic.

Revenue for the quarter was $944.3 million, up from the $913.7 million the company reported a year ago. Lionsgate’s revenue was nearly in line with the $945 million analysts were expecting.

“We reported a strong quarter to end a solid fiscal year despite the disruption posed by the COVID-19 global pandemic,” Lionsgate CEO Jon Feltheimer said in a statement. “Our Lionsgate family has risen to the challenge of these unprecedented times with resilience, dedication and collaboration. Thanks to their efforts, Starz is continuing to deliver great entertainment to our audiences in the current at home environment, and we’re working closely with all of our content partners to ensure that when production resumes and theaters re-open, we will be ready.”

The studio took a $50.5 million impairment during the quarter as a result of the ongoing pandemic and the impact it’s had on the entertainment industry. The charge included, among other things, $46.0 million reflected in direct operating expenses from certain motion picture and TV impairments and development charges associated with changes in performance expectations and the feasibility of project completions, and costs associated with pausing film and TV production.

There was also a $4.2 million charge reflected in distribution and marketing expense, primarily consisting of early marketing spends for film releases and events that were canceled or delayed, as well as roughly $3oo,ooo in restructuring and other costs primarily due to transitioning the Company to a remote-work environment.

“In a number of instances, we have also been able to adapt to these new circumstances by releasing one of our theatrical films earlier on streaming platforms, completing post-production of one of our television series remotely and continuing the development of a number of our television series utilizing virtual writers’ rooms,” the company said in its filing. “These changes in the way we operate may be helpful to partially offset some of the negative impacts from the pandemic. However, the impact of these changes and the COVID-19 global pandemic are uncertain and cannot be predicted.”

Lionsgate’s motion picture division saw revenue increase 10% in the quarter to $393 million thanks mainly to the strong home entertainment performance of “Knives Out.” The only new theatrical release in the quarter was “I Still Believe,” which was in theaters for only four days before they closed. Lionsgate was able to pivot quickly, releasing the film in an exclusive premium video-on-demand window to mitigate the theatrical loss. Overall film segment profit was $101 million.

Revenue for the media networks segment was $358 million, which was essentially unchanged from the prior year quarter, though the $26 million profit was impacted by Lionsgate’s continued investment in STARZPLAY’s international expansion. STARZPLAY has launched in 50 countries and exceeded subscriber targets for the fiscal year. Domestically, STARZ grew its subscribers base to 6.8 million.

The TV production segment revenue was $258 million and profit was $22 million driven in part by strong library sales.

“Television and streaming consumption around the globe has increased as well as home entertainment demand. This increase, however, may not be indicative of future results and growth may slow as governmental and other restrictions are relaxed, and as a result of the current and possible longer term negative economic impact of the pandemic,” the company said. “We expect to incur additional incremental costs in future periods. We are in the process of seeking insurance recovery for some of these costs, which cannot be estimated at this time, and therefore have not been recorded in our consolidated financial statements”