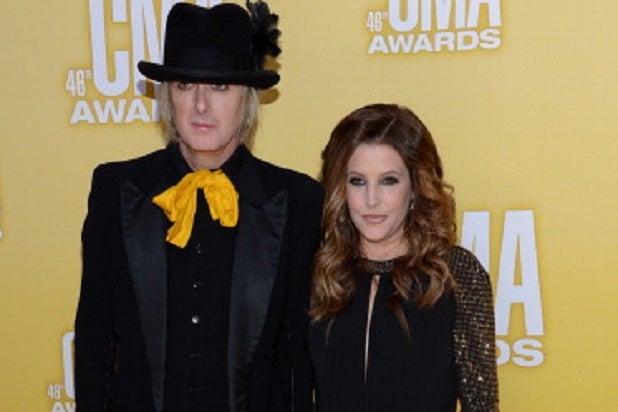 Lisa Marie Presley has received some news worth singing about in her divorce from Michael Lockwood.

The daughter of deceased music legend Elvis Presley won’t have to pay her estranged husband spousal support, according to court papers obtained by TheWrap.

In an order handed down Aug. 17, a judge found that a 2007 post-nuptial agreement signed by Presley and Lockwood in which they waived spousal support in the event of a split, is valid.

According to the papers, the agreement was arrived at the year after Presley and Lockwood married, and before the couple’s twins were born.

According to the order, the post-nuptial agreement stated that, “in the event of a judgment of nullity, legal separation or dissolution of marriage, neither party shall be obligated to pay spousal support to the other.”

The court added that Lockwood didn’t read this because it didn’t interest him, but he signed documents containing that language, twice, initialing every page on the July 2007 copy, and his attorney “signed the November 2007 version.”

“He cannot complain of not having enough information when, as he testified, he refused to look at the information he had been provided,” the paperwork continued, concluding, “The Court finds that the post-nuptial agreement signed by the parties November 28, 2007 is valid and enforceable in whole.”

Last week’s decision marked a victory for Presley in the contentious divorce proceedings. In February, Presley was ordered to pay $100,000 for Lockwood’s legal fees, after she asked to pay no more than $40,000.

That amount was a compromise between what Presley and Lockwood had been seeking. According to court papers filed earlier this month, Lockwood had sought $460,000 in attorney’s fees and costs relating to their divorce proceedings.

In making her case to pay a maximum of $40,000, Presley filed paperwork stating that she was more than $16 million in debt. The majority of that burden relates to tax debt, which totals just over $10 million, and debt related to a house she bought in the U.K., amounting to the $6 million range, according to Presley’s filing.

However, Lockwood subsequently filed papers alleging that Presley had been “misleading and inaccurate” about her finances.

“Petitioner, Lisa Marie Presley, claims in her Responsive Declaration that she does not have the ability to pay Respondent, Michael Lockwood’s, fees and costs except for $40,000,” Lockwood’s court papers read. “However, as set forth in this Reply, Petitioner has previously been untruthful with the court about her finances, she has failed to disclose material facts and information about her current finances, and her Responsive Declaration is misleading and inaccurate. Petitioner should be ordered to pay the full amount requested.”