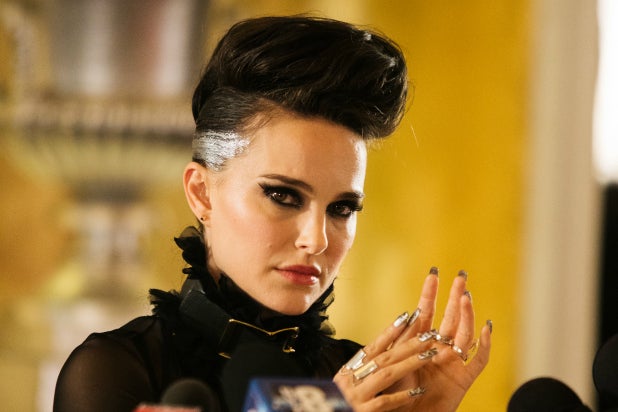 And as we said about the emotional, power-pop anthem when the film’s second trailer posted, it’s a jam.

“Hey, turn the light on/cause I’ve got no one to show me the way,” Portman sings to open the track. “Please, I will follow/because you’re my last hope, I’ll do anything you say.”

The song comes as part of the original soundtrack for the film, which also includes an acoustic, more stripped down version of the song performed by Raffey Cassidy, as well as a song called “Alive” also sung by Cassidy.

In “Vox Lux,” Portman plays a pop star named Celeste, who rises to fame along with her sister after surviving a violent tragedy and then follows her as a 31-year-old mother to a teenage daughter of her own as she tries to navigate her career as an aging pop star.

The film is directed by Brady Corbet and stars Jude Law, Stacy Martin and Christopher Abbott and is now open in limited release before expanding everywhere on Dec. 14.

Hear “Wrapped Up” below via Spotify.

Evolution of Natalie Portman, From 'Léon: The Professional' to 'Vox Lux' (Photos)