In the episode of the Apple TV+ anthology series “Little America” written by creators Lee Eisenberg, Emily V. Gordon and Kumail Nanjiani, a man goes to battle with a really, really big rock.

Aptly titled “The Rock,” the episode centers on Faraz, an Iranian man who buys a plot of land in Yonkers with big dreams of building his family a house, only to find that removing the giant rock that sits on the land is a far bigger challenge than he’d expected. It’s an intensely idiosyncratic story — the man also sells quail eggs and keeps bees and teaches rollerblading lessons on the side — but one that the creators hope can speak to something bigger.

“This guy wanted to own a piece of America,” Nanjiani said in an interview with TheWrap. “And he gets this place that has a massive rock on it, and then he has to spend years and years trying to find a way to break this rock. To me that felt like a very good metaphor for the American Dream. You’re told a story that anybody can achieve anything they want, but the reality is much more complicated.” 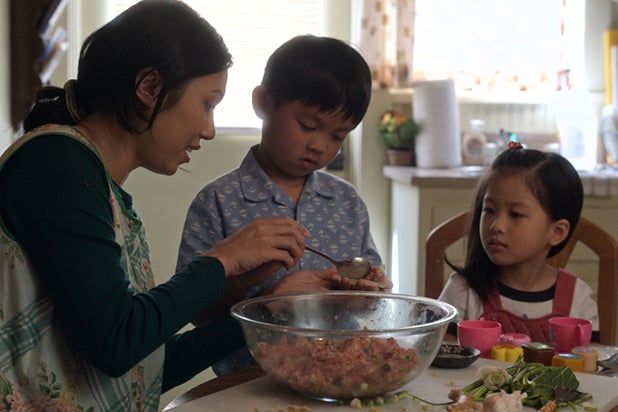 Like the seven other episodes in the series, “The Rock” is a fictionalized version of the real story of an immigrant living in America, as originally documented in a collection of photo essays published in Epic Magazine.

Beyond that, though, the episodes don’t have much in common. They each have a different writer and director, they tell short one-off stories that never intersect, and they vary wildly in scope, theme, setting and tone. The characters range from a Mexican high school squash player to a Nigerian cowboy to a Swiss woman finding love at a silent meditation retreat.

“I wanted every single episode to feel like it could stand on its own,” said Eisenberg, who serves as co-showrunner on the series alongside writer-director Sian Heder. The team of producers, which also included Joshuah Bearman and Joshua Davis of Epic Magazine and “Master of None” co-creator Alan Yang, carefully selected stories from the Epic collection so that no two episodes were too much alike.

“These are stories about people, and sometimes the stakes are huge and sometimes the stakes are smaller, but they’re always really important to them,” Eisenberg said. “What we really wanted to do by having different episodes take place in different time periods and different places across the country, with characters from all over the world, is create a mosaic of the United States and say, our country is built on this collection of people.” 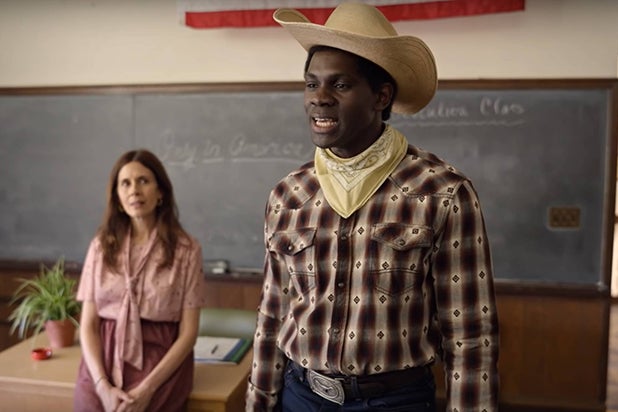 Given the breadth of experiences captured in the show, one of the major priorities was attending to the “textural” details of each story, making sure each episode was written or directed by someone who had a connection to the material either through life experience or cultural background. Tze Chun, who wrote and directed the episode titled “The Grand Expo Prize Winners,” adapted his own mother’s story for the show. Each episode had dedicated cultural consultants and dialect coaches.

A rough count of the writers, directors and editors found that 88 percent were either the children of immigrants or immigrants themselves. “People really, really wanted to honor the stories,” he said. “They did not want to mess up. You felt, from department to department, a level of commitment that I’ve never seen before.”

Also Read: How the Story of a Real-Life 13-Year-Old Investigative Reporter Became an Apple TV+ Series

Another point of importance was casting as much as possible from the country of origin. While that effort provided a unique set of challenges on its own (“We had people being put on tape in a village in Uganda, we had people on tape from Paris. The sheer number of visas we had to apply for and expedite,” Eisenberg said) in one case it nearly derailed the episode entirely.

“The Son,” one of the season’s most affecting episodes, centers on a gay Syrian man who seeks refuge in the U.S. after being persecuted in his home country, but the Trump administration’s travel ban against made it impossible to for the show to both authentically cast Middle Eastern actors and shoot in the U.S. 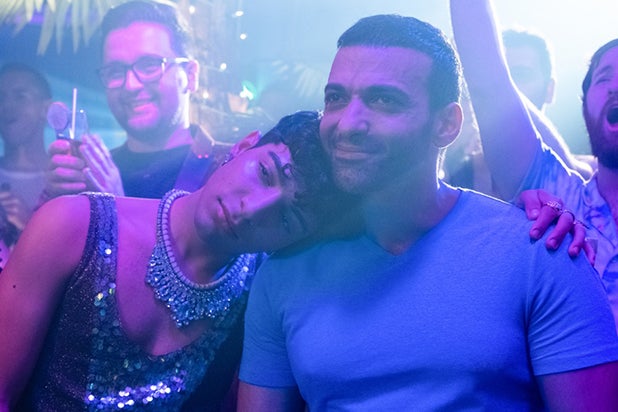 “We actually had to shoot the episode in Montreal,” Eisenberg said. “This is a show about immigrants coming to the United States. It’s called ‘Little America.’ And we shot it in Montreal.”

“That episode I think is probably the first time in television history that Montreal has played Boise,” he joked. “And it played it very well. I think Montreal will probably win an Emmy.”

That ability to find humor in tragedy is a quality that has defined both Eisenberg’s past work as a writer-producer on shows like “The Office” and Showtime’s “SMILF,” as well as Nanjiani and Gordon’s 2017 Sundance hit “The Big Sick.”

“The thing we talked about most was that feeling,” Eisenberg said. “Within sadness there’s comedy, and even in some of the saddest episodes I think there’s some really lovely moments of levity. That was something that was really important to us.”

“What we didn’t want to do was make a show that was like Oh, look at the noble struggle of the immigrant coming to America,” said Gordon. “That’s some people’s stories, but it’s not everyone’s story. So what was great was that some of these stories were romantic, some of them were thriller-esque, some of them were sports stories, some of them were very, very simple stories. Some of them were funnier than others. I love that. Immigrants aren’t a monolith in this country and the stories that we’d heard when we were beginning this project weren’t monolithic either.” 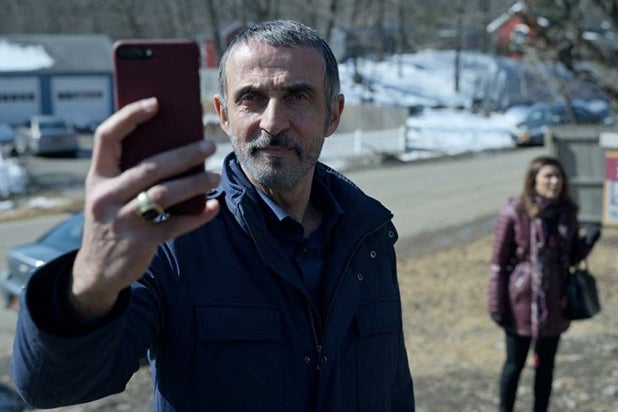 Mild spoiler warning: Faraz doesn’t conquer his rock by the end of episode. Nor yet has Farhad Gremipor, the real-life man who inspired the episode. “I drive by it every day,” Gremipor told Epic Magazine for the original essay. “It’s right next to my apartment. In fact, I can see it through my window right now.”

But one detail that didn’t make it into the show: Gremipor, in addition to farming quail eggs and teaching rollerblading, is also a recreational paraglider. “When I’m flying up there, everything looks very small,” he said. “Every person, every city. The problems you have down below become very small. Difficult problems suddenly become easy … A big rock becomes nothing.”

Also Read: Apple's 'Visible: Out on Television' Trailer Will Put Tears in Your Eyes (Video)

If there is a unifying idea behind “Little America,” it isn’t that the characters in these stories or the people who inspired them necessarily triumph over adversity (though some of them do), it’s the way they all strive to find a way to live in spite of it, regardless of outcome. It’s the fact that the reality — as with Faraz and his rock, as with the American Dream — is often more complicated than the story we’ve been told.

“We all have our rock. We all have an insurmountable thing in our lives that is absolutely in the way of everything. And maybe we put it there on purpose. Maybe it’s always been there and we moved in. But we all have a rock,” Gordon said. “It might still be there at the end of your life, it might not, but you’ve got to learn to live with it.” 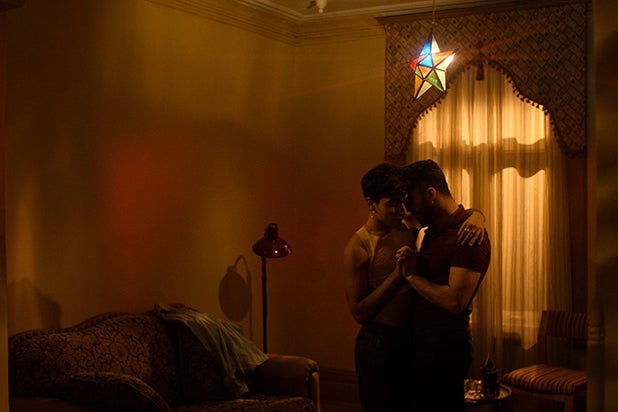 All eight episodes of “Little America” are now streaming on Apple TV+.