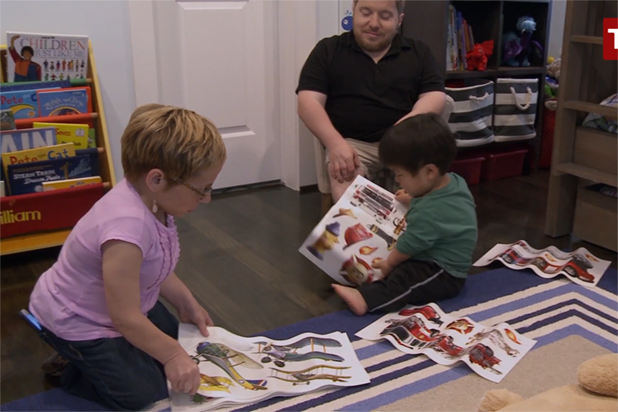 Bill and Jen plan Will’s fifth birthday party and redecorate his room in this week’s episode of TLC’s “The Little Couple.”

In a new clip from the reality show about dwarf parents, Will’s bedroom gets a transportation-themed makeover as the family hangs decals with images of planes, trains and cars on the walls.

The kids take control of the placement of the decals, while Jen takes a step back and tries not to nitpick.

“My goal for hanging the decals is controlled chaos,”she says in the clip as the kids shout for her attention.”There are a few areas that I might need to clean up, but we’ll save that stuff for when the kids are sleeping.”

“The Little Couple” follows Bill and Jen Klein as they move through life with Achondroplasia. Since its premiere in 2009, the show has documented everything from Jen’s cancer diagnosis to the duo’s marriage and the adoption of their two children.