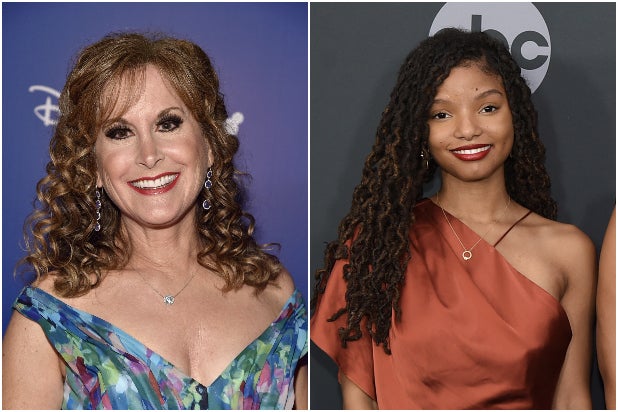 Jodi Benson, the actress who originally voiced Ariel in “The Little Mermaid,” is the latest to speak out against the racist backlash over the casting of singer Halle Bailey in Disney’s live-action remake of the animated classic.

Benson, who voiced Ariel in the 1989 “The Little Mermaid” as well as roles in numerous sequels, TV spinoffs, video games and most recently, “Ralph Breaks the Internet,” said storytelling should always come before appearance.

“The most important thing is to tell the story. And we have, as a family, we have raised our children, and for ourselves, that we don’t see anything that’s different on the outside,” Benson said on Saturday at the Florida Supercon convention (via ComicBook.com) “I think that the spirit of a character is what really matters. What you bring to the table in a character as far as their heart, and their spirit, is what really counts. And the outside package — cause let’s face it, I’m really, really old — and so when I’m singing ‘Part of Your World,’ if you were to judge me on the way that I look on the outside, it might change the way that you interpret the song. But if you close your eyes, you can still hear the spirit of Ariel.”

“We need to be storytellers. And no matter what we look like on the outside, no matter our race, our nation, the color of our skin, our dialect, whether I’m tall or thin, whether I’m overweight or underweight, or my hair is whatever color, we really need to tell the story,” Benson continued. “And that’s what we want to do, we want to make a connection to the audience. So I know for Disney that they have the heart of storytelling, that’s really what they’re trying to do. They want to communicate with all of us in the audience so that we can fall in love with the film again.”

Benson isn’t the first former Ariel to defend Bailey publicly after people on Twitter began using the hashtag #NotMyAriel following her casting. Diana Huey, an Asian American actress who was the first nonwhite person to portray the character in the touring theater production of “The Little Mermaid,” spoke with TheWrap about her own adversity after taking the part.

“I never had one kid in 300-something shows over the course of a year say, ‘Oh, you don’t look like Ariel.’ They would see me come out of the stage door with my hair and street clothes and throw themselves at me screaming. ‘Ariel!’ when I looked like Diana,” Huey said. “The kids were totally on board. So if we just keep doing this, that’s the good work we need to do to make the world just a more opened-minded place.”

Huey told TheWrap that the internet would find a way to get upset about the casting even if it was Benson herself who was brought back for the role.

Bailey will star alongside Melissa McCarthy as the sea witch Ursula in Disney’s live-action remake of “The Little Mermaid,” which will be directed by Rob Marshall and feature new music by Lin-Manuel Miranda.