Richard Wayne Penniman, known in rock legend as Little Richard, is the subject of a new documentary from Lisa Cortés, director of “All In: The Fight for Democracy.” Going from voter suppression to the origins of rock might seem like a leap, but Cortés told TheWrap at the Sundance Film Festival that she wanted to explore the life of a musician who created a form of music that has been whitewashed for decades.

“I was intrigued that nobody had told it before. So as a filmmaker, that’s catnip, because you’re not looking over your shoulder saying, ‘Well, I don’t want to do it that way,'” she told awards editor Steve Pond at TheWrap’s Portrait and Video Studio at The Music Lodge. “I had an open highway to get into the architect, the originator, the emancipator of rock and roll.”

Before Elvis Presley, Little Richard formed the cornerstone of rock and roll with his hits in the early 1950s, the most famous being the wild and lively “Tutti Fruitti.” But as Cortés explored in the documentary, Penniman struggled behind the scenes, including how his songs were made into a global sensation by record label ATV Music years after he left his contract with Specialty Records, the label with whom he wrote all his music. As a result, Penniman wasn’t making any money from his music even as it was becoming more and more popular. 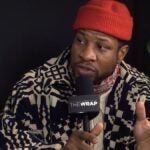 “I think something that’s very specific to our history, which is about appropriation, leading to obliteration. Richard, as we see in the film, is such an important part of the infrastructure of rock’n’roll, and not just for American musicians,” Cortés said. “He becomes, for many people, reduced to this one note of ‘Shut up!’ He becomes that punch line, and I think that was a part of his defensive system. But at the same time, it speaks, I think, to the pain that he felt of not being recognized, not getting that Grammy and sitting alongside his peers.”

Then there was also the spiritual conflict that Penniman faced as both a gay man and a man of faith. Cortés was not able to speak with Penniman himself as she began work on the film after his death in May 2020, but she did speak with his manager, Herve Ramon, who said that he sadly didn’t seem to be able to reconcile those two sides of himself, as evidenced by an appearance on “The Late Show” in which he said, “It’s Adam and Eve, not Adam and Steve.” 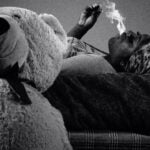 But despite that, she believes Penniman did plant the seeds that allowed for so many LGBT voices, both within the music world and outside, to express themselves.

“You know, there’s so many things that we have now, that that Richard is, you know, in 1955, planting the seeds that then take so long to come to fruition. And by the seeds, I mean, the seeds of the freedom of expression, the freedom to be bold and to draw outside the lines. We take that for granted now. But it was very brave and revolutionary when he did that,” she said.

Watch the full interview with Lisa Cortés in the clip above.