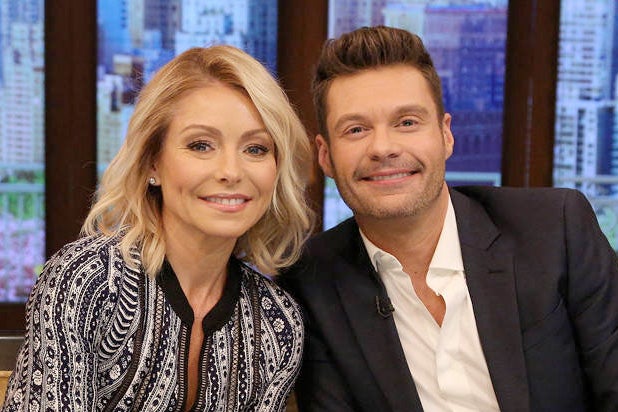 Welcome to daytime, Ryan Seacrest — Kelly Ripa’s happy to have you.

Week 1 of “Live With Kelly & Ryan” reached the Disney-ABC syndicated talker’s top TV ratings in two months. With a 2.6 household Nielsen rating, the newly re-named daytime talk show rose 18 percent over the prior week, when Ripa was still rotating in guest co-hosts.

It was up even more in the key women 25-54 demographic, jumping 22 percent week over week. That matched a 9-week high for the series, putting up its best numbers since February’s post-Oscars week.

The first five days of “Live With Kelly & Ryan” averaged out to be the week’s No. 1 syndicated talk show in the main demo, topping “Dr. Phil” by 22 percent and Ellen by 10 percent. “Dr. Phil” did squeak out a win among households, with a 2.7 rating in that metric. “Live” bested “Ellen” there by 8 percent.

In its home market of New York City — an important one, if you haven’t heard — the new-look “Live” won its time period in households by 82 percent over the third hour of NBC’s “Today” Show 2.”

NBC’s new 9 a.m. star Megyn Kelly may have something to say about that this fall.