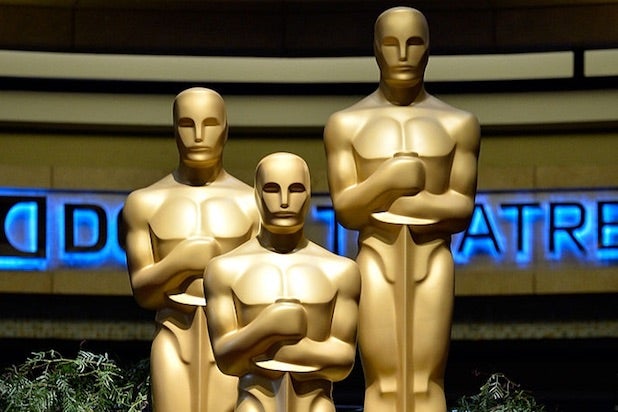 The biggest night in Hollywood is just around the corner and, if like most folks out there, you weren’t invited to this year’s Oscars or have horrible friends that don’t host viewing parties, don’t be sad because we’ve got you covered.

First things first — the Academy Awards will be on Sunday, Feb. 26 and will begin promptly at 5:30 p.m. Pacific Time (8:30 p.m. if you’re on the East Coast). The awards will be held at Dolby Theater off Hollywood and Highland in Los Angeles, if you happen to be in the area and want to stop by and join in the festivities or say hello to your favorite celebrity, although we recommend you don’t because you most likely won’t be able to get anywhere near the area let alone even breathe the same air as your favorite star.

But back to the important stuff. How are you going to be able to live stream this thing so you don’t feel left out during Monday’s water cooler conversations?

Also Read: 13 Oscar Records That Could Be Broken Sunday, From 'La La Land' to Denzel

Well, you have two options. You can either use your handy dandy computer and watch the Oscars through ABC’s website right here. Or you can watch on a smaller screen — it’s beyond us why anyone would want to commit such horrors — and use the ABC mobile app.

Unfortunately, there are a ton of caveats to this. First, you must log in with a participating TV provider in order to watch online at all. Second, the livestream is only available in some markets, so even if you have a cable or satellite subscription you may not be able to watch the feed.

Beyond the actual broadcast, ABC is also putting on a separate show called Oscars: All Access, which will let viewers go backstage during the show, as well as spend some extra time seeing the Oscars from the perspective of the audience. Unlike the main broadcast, Oscars: All Access is free for anyone to view via Facebook Live (from the Academy’s official page), as well as the ABC app, ABC News, ABC.com and Oscars.com.

So there you have it. Happy watching.