Rep. Liz Cheney plans to continue her battle against former President Donald Trump’s stranglehold on the Republican Party after being ousted from House leadership by her GOP colleagues.

In an interview with NBC’s “Today” show co-host Savannah Guthrie, Cheney responded to a question on whether she is leader of “the opposition in exile” with a resounding yes.

“I intend to be the leader, one of the leaders, in a fight to help restore our party, in a fight to make clear that we won’r participate in the really dangerous effort that’s underway,” Cheney said.

The daughter of former Vice President Dick Cheney added: “This is the opening salvo in that battle, and it’s a battle that we have to win, because it’s not just about the Republican party, it’s about the country…bring it on.”

Cheney sat down for the interview on Wednesday after she was removed as hair of the House Republican Conference for taking a public stand against Trump over his lies about a “stolen” election, claims which have galvanized his supporters as well as members of the GOP.

Cheney, who voted to impeach Trump for his role in the Jan 6. Capitol insurrection, called Trump’s most recent claim last week about a “fraudulent” election “the big lie.” She has maintained her stance on the matter throughout the proceedings to remove her from the House Republican Conference, calling Trump’s claims a threat to democracy.

Freshman Rep. Madison Cawthorn celebrated Wednesday after colleagues in the House voted to remove from her leadership post because of her criticism of Trump.

Cawthorn’s November election, like Cheney’s Wednesday morning ouster, is a signal of how much power Trump and his brand of conservatism have in the Republican party. Just before Cheney was stripped of her role as House Republican Conference chairwoman, MSNBC’s Joe Scarborough attacked the new iteration of the GOP on “Morning Joe,” saying the party he used to be proud to belong to no longer exists. 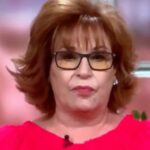