A longtime friend of Liza Minnelli says the Hollywood icon didn’t need a wheelchair at the Oscars but was forced to appear in one anyway.

Minelli appeared in the wheelchair alongside Lady Gaga to present the final award of the night. Their on-stage banter earned huge cheers from the audience, as did a quiet moment between the pair, when Gaga whispered “I got you” after Minnelli seemed to have a bit of trouble reading the teleprompter.

But according to singer Michael Feinstein, Minnelli never needed or wanted a wheelchair. She had requested a director’s chair.

“That whole thing was — she was sabotaged,” Feinstein said on SiriusXM’s “The Jess Cagle Show” on Tuesday. “That’s a terrible word to use, but she only agreed to appear on the Oscars if she would be in the director’s chair, because she’s been having back trouble.” 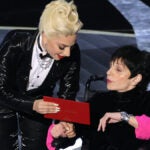 Also Read:
Lady Gaga’s ‘I Got You’ Moment With Liza Minnelli at the Oscars Melts Hearts (Video)

You can watch Feinstein’s full recount of the situation in the video here and above.

Apparently, the wheelchair was a last-minute switch, made in the chaos following Will Smith slapping Chris Rock on stage. Feinstein also said that Minnelli was forced to go along with it, having only been informed of the switch just before she was set to take the stage.

“She was nervous, and it made her look like she was out of it,” he said. “Can you imagine being suddenly forced to be seen by millions of people the way you don’t want to be seen? That’s what happened to her.” 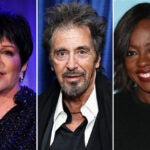 Also Read:
26 Stars Who Only Need a Grammy to EGOT, From Liza Minnelli to Al Pacino (Photos)

Reps for the Academy and Minnelli did not immediately respond to TheWrap’s request for comment.