During an interview with BBC Radio 1, the singer took part in their “Unpopular Opinions” game, wherein listeners call in to voice their potentially unpopular opinions, and celebrity guests reveal whether they agree. To finish off the segment, a caller named Emily noted that her unpopular opinion is that ghosting someone after a couple of dates is totally fine.

Lizzo initially agreed, but she quickly backtracked and added an addendum to her thoughts. 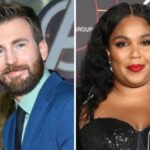 “Here’s the reason why I agreed with you. Because I’m a ghoster,” the singer said. “I am totally — I’ve ghosted people you would not believe, you know what I’m saying?”

At that point, the caller questioned if Chris Evans has been added to Lizzo’s ghosted list, considering their budding friendship. In April, the singer revealed she’d drunkenly slid into Evans’ Instagram DMs to shoot her shot with the actor, which he took in stride. Since then, the two have continued talking, according to Lizzo’s social media pages, developing a hilarious relationship.

So no, Lizzo has no plans to ghost Captain America. “No baby, that’s one man I won’t ghost,” she answered confidently. “I won’t ghost him, I’m waiting for him…”

Lizzo cut off her sentence there, so it’s not explicitly clear what she’s waiting for him to do, but most fans can probably guess.

The singer also noted that though she is a serial ghoster, she doesn’t think it’s necessarily OK to do, and added that she always apologizes for doing it — at least when she gets called out on it. You can watch the full segment in the video above.