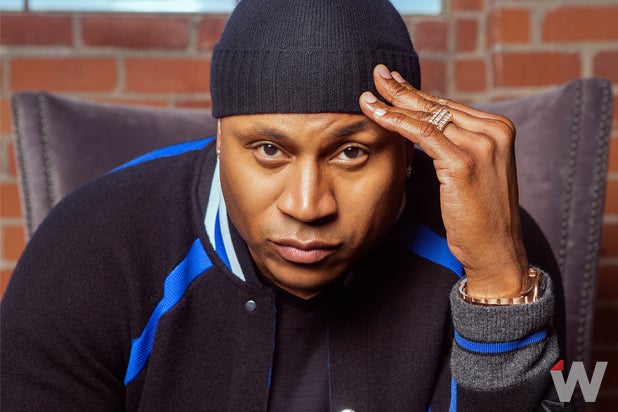 Rapper LL Cool J can add another notch to his belt; he just became the first hip-hop artist in history to make the Kennedy Center’s annual list of honorees.

Nominating the rapper (born James Todd Smith) reflects the Kennedy Center’s efforts to celebrate a wider range of art forms, especially hip-hop, says NPR. In the past, honorees have come from more “traditional” art forms, like opera and classical music. But this year and last, the organization has diversified. It recently appointed Simone Eccleston as its first-ever director of Hip-Hop Culture. Last year, it appointed Q-Tip–of the hip-hop group A Tribe Called Quest–artistic director of Hip-Hop Culture.

In addition to being the first to come from the hip-hop world, LL Cool J is also the Kennedy Center’s youngest honoree since Stevie Wonder, according to NPR. The actor-slash-musician is 49 years old.

Others on the list include Gloria Estefan, Norman Lear, and Lionel Richie. The ceremony will take place December 3 at the Kennedy Center Opera House in Washington, D.C, and will air on CBS on December 26.

10 Songs to Remember the Greatness of Mobb Deep's Prodigy (Videos)

The Queensbridge rapper died Tuesday at 42

Prodigy, whose gravelly monotone helped make Mobb Deep one of the iconic hip-hop duos of the 1990s, died Tuesday in Las Vegas at the age of 42. The rapper, who burst on the scene alongside partner Havoc with their 1995 album "The Infamous," suffered from sickle-cell anemia his entire life. "The One and Only" was one of his final songs.
View In Gallery