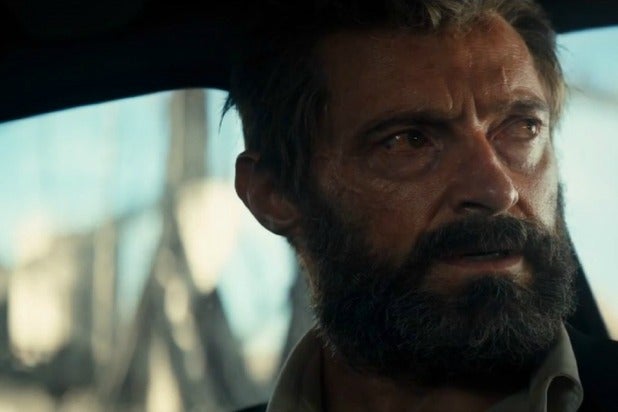 20th Century Fox’s “Logan” has taken the box office by storm, easily seizing the number one spot with an estimated opening weekend of $85 million from 4,071 screens and passing “The Lego Batman Movie” for the best opening weekend of 2017.

Despite being a brutally violent R-rated film, “Logan” has blown by the $53 million opening weekend set by its 2013 predecessor, “The Wolverine,” as well as the $65 million total set by last year’s “X-Men: Apocalypse.” It is now in the company of “X-Men” films like 2009’s “Origins: Wolverine” and 2014’s “Days of Future Past,” which had respective opening weekends of $85 and $90 million.

“Logan” has also enjoyed immensely positive reception from audiences, with a 93 percent Rotten Tomatoes rating and an A- from CinemaScore.

Finishing in second is Universal’s “Get Out,” which added to its impressive $33.4 million opening weekend with an estimated second week total of $24 million to bring its domestic cume to just shy of $76 million. Despite being a horror film and facing a highly anticipated comic book movie, “Get Out” only dropped 26 percent in its second week, compared to 35 percent for Blumhouse’s other 2017 hit, “Split.”

In third place is the faith-based drama “The Shack,” which beat trackers’ projections of $12 million to rake in an estimated $16 million from 2,888 screens against a $26 million budget. Though the Sam Worthington/Octavia Spencer-led film was panned by critics to the tune of a 16 percent RT rating, the film has been a success with its target Christian demographic, receiving an A on CinemaScore and getting the best opening weekend of any Christian film since 2014’s “Heaven Is For Real,” which made $22.5 million.

Holdovers round out the top five, with “Lego Batman” making $11.7 million in its fourth weekend to bring its domestic cume to $148.6 million. “John Wick: Chapter 2” finished fifth with $4.75 million, bringing its domestic total to $83 million.

Finishing in sixth is Open Road’s “Before I Fall,” which made an estimated $4.5 million from 2,346 locations. The film had a budget of $5 million and received a 68 percent RT rating and a B on CinemaScore.