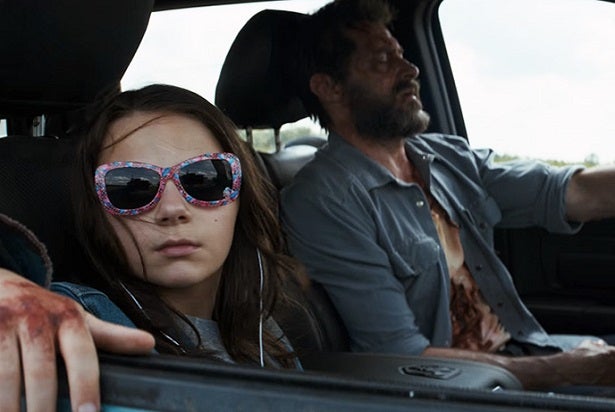 (Note: This story contains spoilers for the plot of “Logan.”)

When “X-Men: Days of Future Past” sent Logan (Hugh Jackman), better known as Wolverine, back in time, it rewrote the continuity timeline of the “X-Men” franchise.

“Logan,” the final film in which Jackman will play the role of Wolverine, takes place in 2029, years after all the other “X-Men” movies featuring him have taken place. Just where “Logan” fits in the “X-Men” timeline isn’t made explicitly clear — it’s more of a standalone story, and likely isn’t intended to fit inside the greater continuity. But it does reference several past events in the “X-Men” film lore.

Also Read: The Complete History of Wolverine in the 'X-Men' Movies, Including the Setup for 'Logan' (Photos)

First, “Logan” makes an explicit reference to the Statue of Liberty when Professor Charles Xavier mentions the landmark in a bit of a delirium. Logan takes him to mean the events of the original “X-Men” movie — at the film’s climax, Wolverine and the X-Men defeat Magneto (Ian McKellen) and his evil plans on Ellis Island.

“Logan” also has an Easter Egg callout to “The Wolverine” (2013) in the form of a samurai sword seen hanging on the wall in his room. In that movie, Logan travels to Japan at the behest of a Japanese military officer he met during World War II. In that movie, Logan appears to lose some of his healing powers. By 2029, his healing powers have diminished considerably, causing Logan to age and struggle to recover from injuries.

Of course, those references introduce all sorts of continuity problems if we’re trying to figure out how “Logan” fits because “Days of Future Past” (2014) basically erased the events of those movies from history. That movie, which starts around 2024, takes place in a future where powerful robots called Sentinels are being used to wipe out mutants. “Logan,” meanwhile, takes place in 2029 and it’s clear the apocalyptic future that follows the first three “X-Men” movies and “X-Men Origins: Wolverine” (2009) and “The Wolverine” has not taken place.

For Wolverine specifically, there were two major changes. His time at Weapon X, where he was implanted with his adamantium skeleton and trademark claws, happened completely differently. “X-Men Origins: Wolverine” had previously told that story, and in that film he joined Weapon X voluntarily. But after the timeline shift he was forced into Weapon X by being taken while unconscious at the end of “Days of Future Past.”

And, second, the entire affair in Japan where he lost some of his healing powers would also seem to have never happened.

“Days of Future Past,” as you’ll recall, is about Wolverine traveling back in time to prevent that future. Logan’s consciousness is projected back into his past body in 1973. He then sets about trying to stop the events that lead to the creation of the Sentinels. He’s successful, changing 2024 to a much more peaceful alternate version. He also greatly alters the history of the X-Men, as seen in the final scenes of “Days of Future Past.”

Also Read: Does 'X-Men: Apocalypse' Post-Credits Scene Actually Have Anything To Do With 'Logan'? (Spoilers)

In theory, everything after the altered 1973 — including parts of “X-Men Origins,” all of the events in the first three “X-Men” movies, and “The Wolverine” — have been either completely erased or at least significantly altered.

Yet “Logan” — despite references to the old, defunct timeline — also seems to be part of the new, post-“Days of Future Past” timeline. Last year’s “X-Men: Apocalypse” continued that new timeline, and in that film  Logan is freed from the Weapon X facility at Alkali Lake by the young X-Men in 1983.

Also Read: Does 'Logan' Have a Post-Credits Scene?

In the post-credits scene, after Logan has escaped, scientists from a company called the Essex Corporation enter the facility and gather Logan’s DNA samples. In “Logan,” it seems that DNA is what’s used to create Laura, a clone of Logan, as part of the X-23 program. (The name of the company responsible for X-23, Alkali Transigen, is also a reference to Alkali Lake.)

So is “Logan” part of the new timeline or the old one? In short, the answer is: neither. The movie operates more like a Marvel Comics “What If” story, messing around with its characters’ histories for one-off tales.

Also Read: 'Logan': Who Are the Evil 'Reavers' Attacking Wolverine?

The “What If” timeline of “Logan” starts with the creation of a genetically altered version of corn syrup that’s introduced to food around 2004. The food additive has a side effect: it somehow prevents mutant births. By 2029, there haven’t been any new mutants born for two decades.

Alkali Transigen creates the X-23 project to clone new mutants and try to turn them into weapons. They find they can’t make kids evil in a lab, though, so they scrap the project and start X-24, a straight-up, rage-powered clone of Logan. The nurses who work with the kids in Transigen’s secret Mexico facility get wind of what’s happening and help the kids escape.

Meanwhile, a few years earlier, Professor X has started to suffer from seizures. Coupled with his incredible psychic powers, the seizures are deadly to other people. “Logan” references “The Westchester Incident,” an unexplained event where six mutants and several others were killed. Westchester is the location of the X-Men’s base and Xavier’s School for Gifted Youngsters. It seems that one of Xavier’s seizures wiped out the X-Men, with only Logan surviving.

Also Read: 'Logan': Is Eden a Real Place in the 'X-Men' Marvel Comics?

It also seems probable that the ending of “Logan” won’t actually spell the end of the X-Men. In the film, both Wolverine and Professor X are killed. Jackman is done playing Wolverine, that much we know, but Stewart has said he’ll still return to the role. And there’s at least one more “X-Men” movie on the way — “X-Men: Supernova” — that continues the movies started by “X-Men: First Class” that star James McAvoy as Professor X.