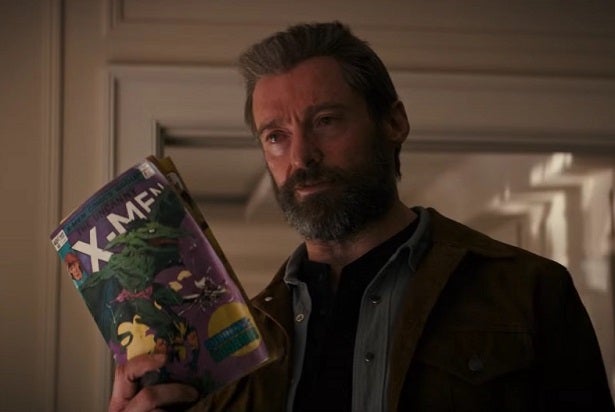 “Logan” is off to a strong start at the box office, making $33 million from 4,071 screens after bringing in $9.5 million at Thursday night previews.

Though Fox’s dark, violent Wolverine finale isn’t expected to reach the heights of its fellow R-rated superhero flick “Deadpool” — which made $47 million on its opening Friday en route to a $132 million weekend — the opening weekend for “Logan” is expected to hold up well compared to that of previous Wolverine films.

Also Read: 'Logan' Fans Lose It in Early Reactions: 'That's How You Should Make X-Men Movies'

On their first full day in theaters, 2009’s “X-Men Origins: Wolverine” and 2013’s “The Wolverine” made $34.4 million and $20.6 million, respectively. “Origins” finished its opening weekend with $85 million, while “Wolverine” finished with $53 million. “Logan” is projected by independent trackers to make around $80 million this weekend, which is a very strong showing for an R-rated film.

“Logan” takes place in a not-too-distant future where Wolverine and Professor X are among the very few mutants who have survived extermination. Logan works as a limo driver in New Mexico to take care of the Professor, who has fallen into severe dementia. He has no interest in being a hero anymore, but that changes when he encounters Laura (Dafne Keen), a young mutant clone who shares his DNA. At the Professor’s urging, Logan risks everything to take Laura to the Canadian border to escape the clutches of unethical mutant researchers.

Projected to finish second this weekend is Universal’s “Get Out,” which is coming off an opening weekend where it performed above box office expectations with a $33.4 million yield. The topical horror film made $8 million on Friday from 2,938 screens, with Universal projecting a $25 million second weekend.

Coming in third is Lionsgate’s Christian drama, “The Shack,” which made $5.5 million on Friday from 2,888 locations. The solid start has pushed Lionsgate’s projections up to $14.5 million, slightly above trackers’ projections of $10-12 million.

“The Shack” stars Sam Worthington as a grieving father who receives a surprise visit from God (Octavia Spencer and Graham Greene) after the murder of his daughter. The film, directed by Stuart Hazeldine and produced by Gil Netter and Brad Cummings, performed poorly on the Tomatometer with 16 percent; but as is for faith-based films, it performed much better with audiences, getting a straight A on CinemaScore.

Expected to finish just outside the top five is Open Road’s “Before I Fall,” which made $1.6 million from 2,346 screens on Friday. It stars Zoey Deutch as a high school senior who discovers that she is dead and is currently experiencing her last day alive on an endless loop. The film is directed by Ry Russo-Young and produced by Matthew Kaplan, Brian Robbins and Jonathan Shestack. It scored 68 percent on Rotten Tomatoes and has a B from CinemaScore.