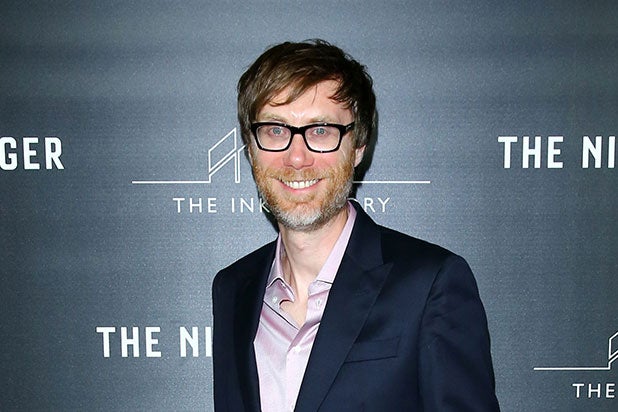 TheWrap confirmed that Merchant would be playing the albino mutant earlier this month. Caliban recently made an appearance in Bryan Singer‘s “X-Men: Apocalypse,” but was played by Tomas Lemarquis.

Merchant himself also posted an image of his character on Instagram with the caption, “How I spent my summer.”

Since the poster and official title for “Logan” were revealed at the beginning of October, Mangold has been releasing photos from the set and other characters such as Patrick Stewart‘s Professor X and Boyd Holbrook’s Donald Pierce. Mangold also tweeted out the second page of the script, which says that Logan is “older” and that “it’s clear his abilities aren’t what they once were.”

TheWrap also revealed various plot points for the upcoming film, including whose hand is in the official poster and when the movie will be set.

Jackman first appeared as the clawed mutant in 2000’s “X-Men,” and reprised his role in the movies that followed. The character received his standalone origin story with 2009’s “X-Men Origins: Wolverine,” followed up by “The Wolverine” in 2013.

Previously referred to as “Wolverine 3,” the final chapter in Jackman’s journey as the “X-Men” character is set for a Mar. 3 release date.

How I spent my summer