Well. That sure was something.

At long last, “Loki” is here. The first episode is quite a trip, as we finally find out where Loki went after he teleported himself out of Stark Tower in “Avengers: Endgame”: The middle of the desert, where he’s very quickly captured by the Time Variance Authority, or TVA.

Loki’s handler at the TVA is a guy named Mr. Mobius (Owen Wilson), and it’s clear from the early goings that he has a plan for Loki. And we finally learn what it is at the very end: There’s another Loki out there, and he appears to be waging some kind of war against the TVA, murdering some agents and stealing their equipment — a very, very bad thing given how powerful the TVA is.

Is that actually a different Loki though? That’s a very complicated question at this point, because we just don’t know enough about the MCU’s multiverse to really understand how any of this works yet. But we have a theory: Both of these Lokis are the same, at different points in time. Or, at the least, that the protagonist Loki is responsible for this villain Loki’s existence. 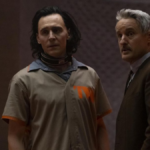 The time travel rules as laid out in “Avengers: Endgame” tell us that going back in time and changing something creates a new alternate timeline. The Loki we’re hanging out with for most of this episode is the product of an alternate timeline the Avengers made when they went back to 2012 to steal the Tesseract. Other alternate Lokis could be created the same way.

And with the power of the TVA — not to mention all those Infinity Stones that they have lying around — Loki could certainly go get another him, if he’s able to get free from their custody. The TVA exists outside of time and space — not a part of any universe — and they can travel to wherever and whenever they want from there.

On the other hand, we’re more fond of the idea that this is the same Loki, different time. It’s a fun time travel conceit, and one the beloved Netflix series “Dark” used to great effect. It’s exactly the kind of brain-bending stuff we want from these kinds of stories.

If it’s true that these two are the same Loki, then it’s likely Mr. Mobius knows that and is actually using Loki not to hunt his future self, but to fulfill the time loop.

You might wonder why they would need to do that instead of just coming up with some clever way to reset him. Well, aside from the fact that he’s clearly outsmarting them — he is the trickster, after all — having TVA equipment makes him a major wild card. If anything is possible for the TVA, then anything is also now possible for this other Loki.

It’s still the early stages, and “Loki” has thus far been so weird that I wouldn’t count any real possibility out just yet. And maybe the fact that this will be the reflexive obvious theory for a lot of time travel nerds is reason to think they wouldn’t do it this way. Or maybe the fact that we think they might not do it because it’s the obvious guess is something the writers thought about, and decided to go that route for that reason. 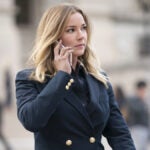 We’re getting the feeling that making guesses about what’s gonna happen next on this show is gonna involve a lot of that kind of loopy overthinking. But hey, that’s what makes it fun.

Want to read more about the “Loki” premiere? Check out our discussion of what seems like an important secret hidden in the episode’s end credits.