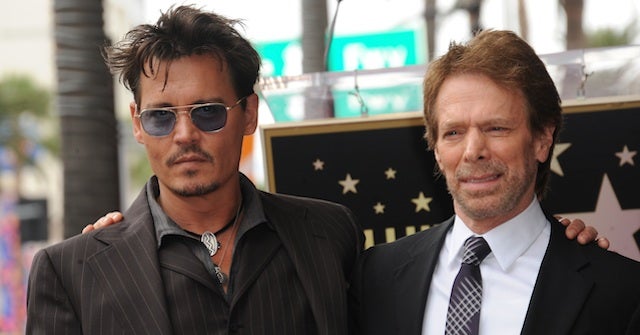 Disney is talking with producer Jerry Bruckheimer about restructuring his deal for "Pirates of the Caribbean 5," and will likely strip his final cut privileges and limit the budget on the next installment of the film franchise, according to two individuals close to the project.

Bruckheimer has had final cut on prior titles in the franchise, which has grossed close to $4 billion at the global box office across four films.

Yet the failure of Bruckheimer's "The Lone Ranger" at the box office will force Disney to take a $160-$190 million write-down in its next fiscal quarter, the company said on its earnings call Tuesday. As a result, the studio is taking a closer look at all the films on its slate, especially high-budget fare like "Pirates 5." Bruckheimer did not immediately respond to requests for comment.

Disney declined to comment, but its heightened involvement in the project is evident in the selection of directors Joachim Ronning and Espen Sandberg. Disney's choice, they demonstrated they can make a movie look grandiose with limited financial resources on the Oscar-nominated "Kon-Tiki."

Both individuals said the studio is hoping the directors will inject fresh life into a franchise previously shepherded by veteran Hollywood directors Gore Verbinski and Rob Marshall.

Bruckheimer and the directors will still have more than $200 million to spend on the production of "Pirates," which will return star Johnny Depp, but Disney wants to slim down a budget that was once going to hit $250 million.

Disney shut down production on Bruckheimer’s "The Lone Ranger" over budget concerns only to resume shooting when they agreed upon a more palatable figure. The studio also took final-cut privileges from director Gore Verbinski, according to a report in the Hollywood Reporter.

The script of "Pirates 5" is still being worked on, but the studio has set locations for interior shoots in New Orleans.

There has also been talk about Disney changing its broader pact with Bruckheimer, whose deal ends next year. Yet unlike with "The Lone Ranger," "Pirates" will hit theaters with a built-in fan base eager for Depp to play Jack Sparrow.

Depp will appear in a trio of upcoming Disney films – "Pirates 5," "Into the Woords" and the untitled "Alice in Wonderland’ sequel, another film in which Depp inhabits an iconic persona, the Mad Hatter.