In 2009, when it came to movie-ticket sales, women came out on top.

While male stars grapple with a changing movie scene that favors costumed superheroes over conventional action movies and thrillers, female actresses are still opening movies in a wide range of genres, from romantic comedies to sports dramas. 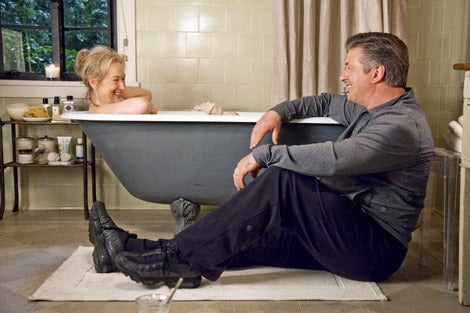 "This is the year of the woman," Paul Dergarabedian, a box-office analyst with Hollywood.com, told TheWrap. "Female stars or female-driven movies have been unexpectedly dominant. I mean, Meryl Streep is just as vital today as ever."

Scan the list of the top 50 grossing movies over the last year and it’s clear: Recent hits like Streep’s "Julie & Julia," along with Heigl’s "The Ugly Truth" and Bullock’s "The Proposal," and "The Blind Side," show that when it comes to star-driven films, female actresses have consistently outperformed their male counterparts. (See slideshow: "The Golden Women of 2009.")

They also tend to cost less to produce and market, meaning a bigger profit margin for studios.

Among the top-grossing female starrers, "The Proposal" netted $296 million on a $40 million production budget, "Ugly Truth" made $196 million and cost $38 million to produce, "Julie & Julia" grossed $118 million worldwide on a $40 million budget, and "Blind Side" is on track to top $200 million domestically after only costing $28 million.

In contrast, "The Taking of Pelham 1,2,3" featured two of the biggest males stars in Hollywood, John Travolta and Washington, and grossed a disappointing $65 million domestically after costing a staggering $100 million to film. 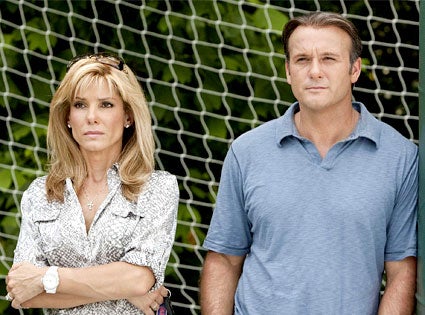 Other box-office casualties this year with marquee male names includd:

"’The Proposal’ and ‘Blind Side’ show that when people have a film that pairs a really strong actress with strong story, they’ll respond," said John Singh, a spokesman for the box-office tracking company Flixster Forecast.

"It’s not just about the stars themselves," Singh said. "Actresses tend to be in films that are much more story-driven, and that may be the primary correlation. For whatever reason, female actresses tend to find better stories than male actors."

And it’s not just romantic comedies. "Blind Side" was sports-themed, and "New Moon" — which drew an 80 percent female audience to its record opening weekend — proved that effects-laden films are not gender biased if the story is right.

In the immediate future, at least, female moviegoers will be pretty well-saturated with appealing fare.

"It’s Complicated," a romantic comedy with Meryl Streep that was written by "Something’s Got to Give" creator Nancy Meyers, opens next month and has been tracking strongly (analysts privately predicted it would earn in the $100 million range). Next summer also will bring new installments of female-dominated franchises such as "Sex and the City" and "Twilight."

But after that, there’s a dearth of movies that cater to that market.

Indeed, studios have been historically wary of courting female moviegoers. One belief has been that female-driven movies are too dependent on word of mouth — and consequently harder to market. For a superhero movie or science-fiction fantasy, a studio can release a few effects-saturated trailers and kick back and wait for a high-grossing opening weekend.

"There’s a sense that Hollywood is attuned to a 13-year-old boy’s mind," said Jeff Bock, an analyst with Exhibitor Relations. "They pretty much know the fancies of a 13 year old, and they can distribute films to that audience."

"There are very few females working in studios, so the values of those studios are male driven," adds Martha Lauzen, executive director of Center for the Study of Women in Television and Film at San Diego State University, who did a study on the performance of movies with female leads last year.

"If you’re a 13-year-old boy, there are lots of opportunities to see your reality reflected back to you, but if you are a woman over 40, that’s not the case," Lauzen told TheWrap.

Some analysts say the women themselves are part of the problem — that they have proven unreliable in those all-important tracking studies, especially if they’re over 30.

"If males or even young females say they have a strong likelihood of seeing a movie, they’re going to go see the film," said Vincent Bruzzese, executive vice president and managing director of worldwide motion picture group for the market research firm OTX. "Women are more likely to say they are going to see something, but when the weekend comes along, competing activities take precedence."

"Studios are no doubt looking to replicate films like ‘New Moon’ that converted levels of interest into ticket sales," Bruzzese told TheWrap, "but there are plenty of movies that are female-driven that never took off."

"It’s about economics," said Dergarabedian. "In order to bring boys and men into the theater, you have to build a bigger or better beast to create something with inherent appeal. There have to be lots of special effects and explosions. Women, it seems, require only a conscientious script and some great performances by a well matched female lead. It’s an important audience to create for."

For Warner Bros., tapping into the female audience was an essential step in helping their medium-budgeted "Blind Side" break out with audiences (equally important was a football plotline that also appealed to men). To do so, they helped stoke a word-of-mouth campaign that was devastatingly effective.

The studio tripled its number of pre-release screenings and encouraged audiences to tweet their friends about how much they enjoyed the movie immediately after the credits rolled.

Of course, it’s difficult to accomplish a word-of-mouth campaign of that magnitude without a good movie. It also helps to have a star like Bullock that resonates with a certain constituency.

"I think Sandra Bullock is the champ this year," said Richard Ingber, president of worldwide marketing for Alcon Entertainment, "Blind Side’s" producer. "There have always been female stars that can break through like Meryl Streep and Julia Roberts. The prejudice has been overplayed, you just need to give actresses the right roles."

One thing that all the analysts agree on: Studios will soon have to sit up and take notice or they’ll be lost in what is a shifting marketplace.

Women, particularly those over 40, they say, are more likely to continue to watch movies theatrically — as opposed to downloading them or waiting for films to appear on DVD. Part of the reason is that many female filmgoers are more inclined to see movies in a group or as part of a date night.

"If, in the future, studios ignore female audiences, they do so at their own peril," Dergarabedian said. "When technology advances, boys may not be there — but women still want to go outside the home to see a film if they make the right movies. There’s got to be a paradigm shift."