In “Loot,” Rudolph plays billionaire Molly Novak, whose ultra-rich lifestyle spirals out of control when her husband of 20 years betrays her. She hits rock bottom and becomes tabloid fodder, as she gets the surprising news that she has a charity foundation run by the no-nonsense Sofia Salinas (Rodriguez). Sofia pleads with Molly to stop generating bad press. With help from Sofia, as well as her devoted assistant Nicholas (Kim Booster), mild-mannered accountant Arthur (Faxon) and Sofia’s optimistic, pop-culture-loving cousin Howard (Funches), Molly realizes giving back to others might be what she needs to get back to herself.

The first three installments of the 10-episode series will debut globally on June 24, followed by a new episode every Friday. 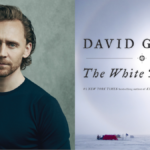 The project marks the second collaboration between Apple TV+ and Yang following the anthology series, “Little America,” which debuted in 2020.