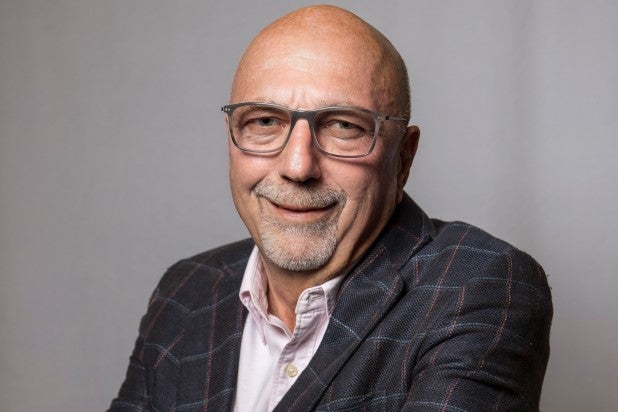 Lorenzo Soria was named the president of the Hollywood Foreign Press Association (HFPA) for the 2019-2020 term, it was announced today at the organization’s annual election meeting led by outgoing president Meher Tatna.

The term will commence on July 1. Soria will be joined by Ali Sar, Janet R. Nepales, Ruben V. Nepales, and Tatna who were elected as vice president, treasurer, executive secretary, and chairman of the board of directors, respectively.

“It’s a privilege to once again be elected to serve as president of the Hollywood Foreign Press Association,” Soria said. “Together with my peers at the HFPA, I look forward to continuing our organization’s mission of recognizing the best in film and television, ushering in the next generation of storytellers, and staying true to our roots of giving back through our vast philanthropic efforts. I’ve never been prouder of our organization’s future and ready to get to work.”

Soria was born in Argentina and moved to Milan, Italy at a young age. He later became a journalist for Italian newsweekly L’Espresso, and has been working for the national daily La Stampa since 1988. He joined the HFPA in 1989 and has served as the president of the organization twice — from 2003 to 2005 and then again from 2015 to 2017.

The past two years, he served as chairman of the board.