Lori Loughlin is set to reprise her role of Abigail Stanton from Hallmark Channel’s “When Calls the Heart” for the Season 2 premiere of spinoff series “When Hope Calls.” It will mark her first TV role since being released from prison in December 2020 for her role in the college admissions bribery scandal.

The part of Abigail (which you can see Loughlin in character as in the photo above) is one that Loughlin originally lost at Hallmark Channel after news of her involvement in the scandal, along with her husband Mossimo Giannulli, broke in 2019. Loughlin was also fired from Netflix’s “Full House” revival, “Fuller House.”

The actress pleaded guilty in May 2020 to one count of conspiracy to commit wire and mail fraud. As part of her plea deal, Loughlin agreed to two months in prison, two years on probation, a $150,000 fine and 100 hours of community service, finishing out her prison sentence last December. 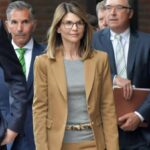 Loughlin’s participation in the cheating scam allowed her daughters Olivia Jade (who is currently competing on Season 30 of ABC’s “Dancing With the Stars”) and Isabella Rose to be admitted into University of Southern California. The actress spent her prison sentence at a low-security federal prison in Dublin, Calif. — the same one that Felicity Huffman stayed in for 11 days after pleading guilty to one count of conspiracy to commit mail fraud and honest services mail fraud as part of the same college admissions scandal.

Loughlin’s husband, Giannulli, served his five-month sentence at a prison in Lompoc, Calif. 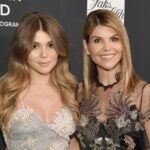 Per GAC Family: “When Hope Calls” is set in Brookfield, a town on the western prairie with a deep sense of acceptance, love, and family, and is a TV spinoff of award-winning author Janette Oke’s novel series, “When Calls the Heart”. In the World Premiere of “When Hope Calls: A Country Christmas, Part 1,” a Christmas festival worthy of Harper’s Bazaar happens in Brookfield as the community is one of three contenders in the magazine’s search for America’s #1 Country Christmas Town. The entire town is preoccupied with creating the essence of Christmas for the photojournalist’s lens, though, behind the scenes, residents are not living the spirit of the season. In the midst of the fuss, a stagecoach appears, and out steps Abigail Stanton and her son, Cody who have brought a troubled boy to Lillian’s orphanage. Episode 201 of “When Hope Calls” premieres Saturday, Dec. 18 at 8/7c.

Here’s the description for Part 2, which will air immediately after at 9/8c: In the World Premiere of “When Hope Calls: A Country Christmas, Part 2,” photojournalist Paul Franklin is wrapping his research on the community of Brookfield as a contender for America’s #1 Country Christmas Town. By now, Paul blends in as the town prepares for Christmas Eve. Lillian, the orphans, and Gabriel are running out of options to restore the troubled boy’s hope for better times. Just when all seems lost, a secret Santa appears to fulfill all holiday wishes, and Abigail has a profound conversation with a dear friend from the past. Meanwhile, Paul’s lens is recording every miraculous moment.