Los Angeles TV production saw a year-over-year decline of more than 15 percent in the second quarter of 2018, according to a new report from production coordinator FilmL.A.

Much of that decline is due to a sharp drop in on-location reality TV production this year, which went from a total of 1,285 shoot days in 2017 to just 879 in 2018. But shoot days for dramas and web-based series were also down in 2018, by 9 percent and 14.6 percent respectively, with pilot production holding steady and comedies notching an increase of 23 percent.

Incentivized television productions lured to Los Angeles by the California Film & Television Tax Credit Program made up 28 percent of drama production this quarter, 17.4 percent of comedy production and 7.2 percent of TV pilot production. No reality programming benefitted from the program.

The effort to lure film and TV production back to the Golden State got an extension from California Governor Jerry Brown last month, bringing the program through 2025. As of earlier this month, 15 series have relocated to California to take advantage of the tax credit, including NBC’s “Good Girls,” Lifetime’s “You,” HBO’s “Veep,” Netflix’s “The OA” and FX’s “Legion.”

“We are grateful for the continued positive impact of the California Film Tax Credit as it boosts employment and production in Greater Los Angeles,” said FilmL.A. President Paul Audley. “While TV Drama is down quarter to quarter, much of that is due to the production cycle of these shows which went on hiatus during the second quarter. Increases in feature film, commercials and TV comedy production are very good news for the region’s economy.” 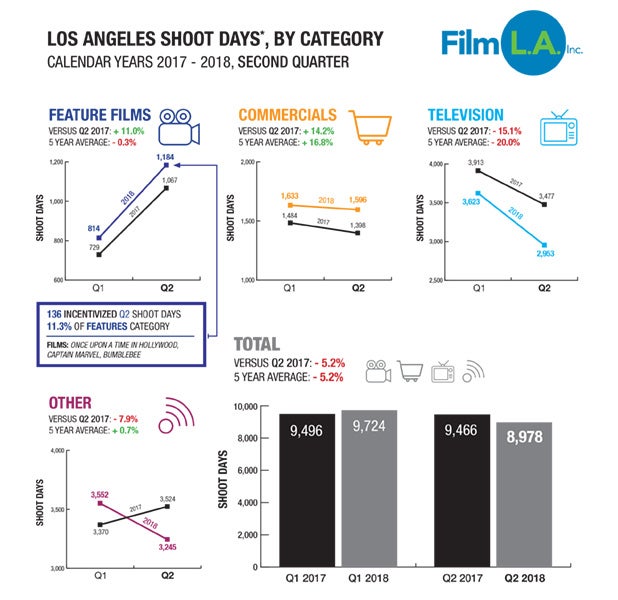 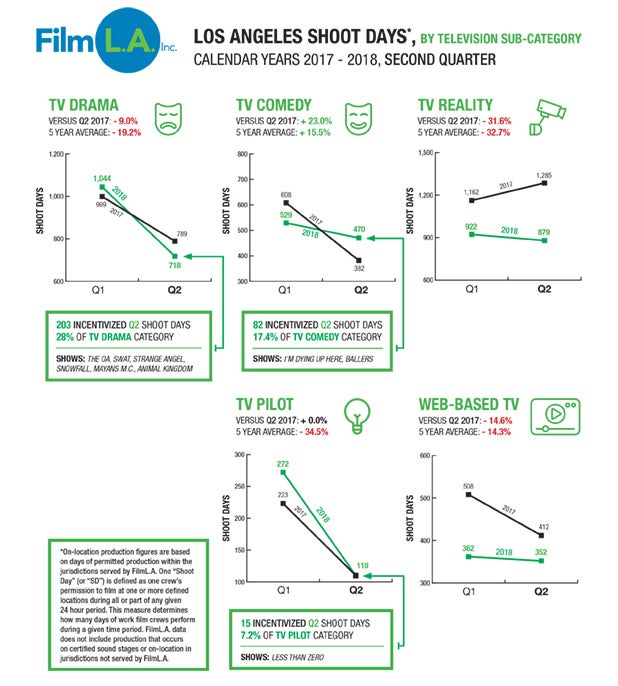