For much of the marathon voting, which was scheduled to begin at 10 a.m. but didn’t end until after 5 p.m., the race appeared to be between Hamaguchi’s adaptation of a Haruki Murakami short story and Jane Campion’s revisionist Western, “The Power of the Dog.” Campion was named best director and her film also took awards for cinematographer and supporting actor Kodi Smit-McPhee (in a tie), while landing three runner-up prizes to be the most awarded film in LAFCA balloting.

But “Drive My Car” won the award for screenplay while Hamaguchi finished second to Campion in directing, making his film a strong contender going into the final voting for both Best Film and Best Foreign-Language Film, which took place simultaneously. When Celine Sciamma’s “Petite Maman” won the foreign-language award, it became clear that “Drive My Car” had nudged out “The Power of the Dog” for the top award.

The New York Film Critics Circle had also chosen “Drive My Car” as the year’s best, making it the seventh time in this century that the two groups have agreed. The first six — “Sideways,” “Brokeback Mountain,” “The Hurt Locker,” “The Social Network,” “Boyhood” and “Roma” — were all nominated for Best Picture at the Oscars, where “Drive My Car” is the Japanese submission in the Best International Feature Film category. 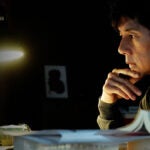 “Red Rocket” star Simon Rex won the best-actor award, with Benedict Cumberbatch taking the runner-up slot for “The Power of the Dog.” Penelope Cruz won the group’s best-actress award for her performance in Pedro Almodovar’s Spanish-language film “Parallel Mothers.” Another non-English performance, Renate Reinsve in the Norwegian film “The Worst Person in the World,” was the runner-up.

Smit-McPhee was the only acting winner to also be honored by the New York critics, whose other winners were Cumberbatch for actor, Lady Gaga (“House of Gucci”) for actress and Kathryn Hunter (“The Tragedy of Macbeth”) for supporting actress. 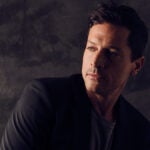 In the screenplay category, “Licorice Pizza” finished second to “Drive My Car.”

In the craft awards, Best Cinematography went to Ari Wegner for “The Power of the Dog.” The music award went to Alberto Iglesias for “Parallel Mothers.” Production design, in one of the surprises that no LAFCA vote can be without, went to “Barb and Star Go to Vista Del Mar” over runner-up “Nightmare Alley.” Editing went to the documentary “Summer of Soul,” not the first time that the group has given that award to a nonfiction film.

The Next Generation Award was another tie, this one between two female filmmakers: Shatara Michelle Ford for “Test Pattern” and Tatiana Huezo for “Prayers for the Stolen.”

The LAFCA consists of 66 Los Angeles-based film critics working in print and electronic media, including TheWrap’s Alonso Duralde. While the group normally meets in person to vote for the year’s best achievements, it conducted its voting virtually for the second consecutive year because of COVID concerns. 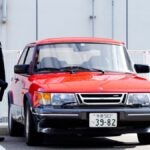 The LAFCA’s best film winner has won the Oscar for Best Picture 11 times in the 47 years the organization has been giving out awards, including four times in the last 12 years: “The Hurt Locker” in 2009, “Spotlight” in 2015, “Moonlight” in 2016 and “Parasite” in 2019. But last year, for its best film of 2020, the critics chose Steve McQueen’s five-film TV anthology “Small Axe,” a work that was considered a limited series rather than a film by most awards bodies.

Best Film: “Drive My Car”
Runner-up: “The Power of the Dog”

Douglas E. Edward Independent/Experimental Film/Video: “The Works and Days (of Tayoko Shiojiri in the Shiotani Basin)”