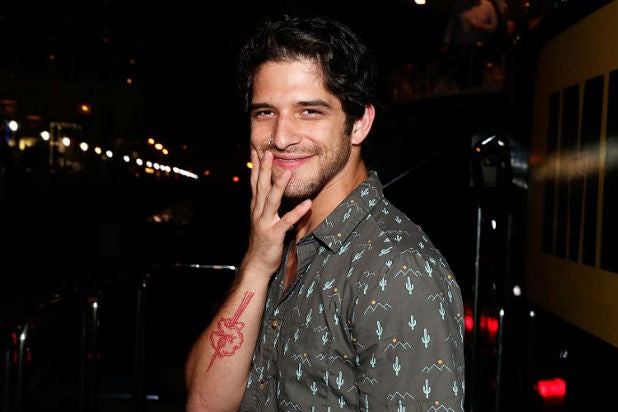 The CW has found the cast and director for its “Lost Boys” pilot.

“Teen Wolf” alum Tyler Posey has signed on to star in the adaptation as Michael, one of the two sons who move to the seaside town of Santa Carla with their mother. “Kingdom” alum Kiele Sanchez will play their mother Lucy, while the role of the younger brother has not yet been cast.

Medalion Rahimi (“Still Star-Crossed”) has also been cast in the pilot as Stella, the carefree Californian who has an immediate spark with Michael. Her boyfriend David, the bad-boy leader of a vampire gang, will be played by Dakota Shapiro (“Valley of the Boom”).

“Twilight” director Catherine Hardwicke is also set to return to the vampire genre as director of the Warner Bros. TV pilot.

In the original 1987 film “The Lost Boys,” Michael and Lucy were played by Jason Patric and Dianne Wiest, respectively. The homicidal teen vampire David was played by Kiefer Sutherland, with Jami Gertz co-starring as his girlfriend, named Star in the film.

The project, first developed for the 2016-17 season before being passed over by the network and redeveloped, is written by “Scandal” alum Heather Mitchell. “iZombie” boss Rob Thomas, who wrote the original pilot, is executive producing alongside Dan Etheridge of Spondoolie Productions; Mike Karz and Bill Bindley of Gulfstream Television. Spondoolie’s Rebecca Franko is a producer on the WBTV pilot.