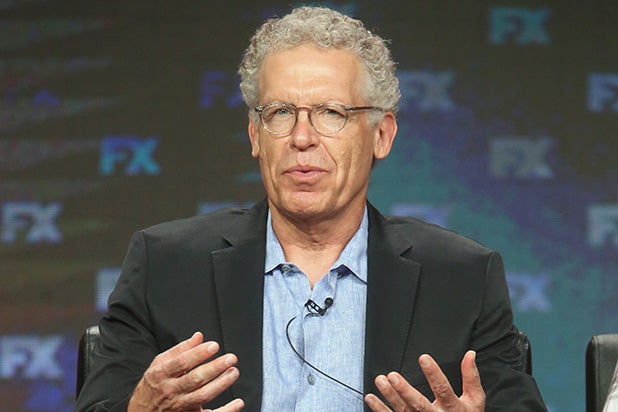 Carlton Cuse is returning to ABC. The executive producer and co-showrunner behind “Lost,” one of the network’s biggest hits, has signed a massive multi-year deal.

His company, Genre Arts, will create and produce content across all ABC Studios platforms, including digital and streaming. The agreement includes brands like Marvel and Disney. He’ll work with other writers to bring their visions to the screen.

“It is with great pleasure that I am returning to ABC Studios, my happy home for six years during ‘Lost,'” Cuse said in a statement released by the network. “I am very excited to be working alongside wonderful and iconic Disney brands like Marvel, Pixar and Lucasfilm to create and bring entertaining and compelling stories to the screen.”

Since “Lost,” Cuse has been keeping busy with five series orders, including A&E’s “Bates Motel,” FX’s “The Strain” and USA’s “Colony.” He also co-created the “Jack Ryan” series set to debut on Amazon next year and is working on the comic book adaptation pilot “Locke & Key” for Hulu.

He also created and executive produced “Nash Bridges” and wrote the screenplay for the Dwayne Johnson film “San Andreas.”

Cuse recently fulfilled a three-year first-look development deal with A+E Studios, which was the company’s first a with creator/writer-producer.

“Forming a partnership with a writer/producer/director as talented and prolific as Carlton Cuse is a major victory for ABC Studios,” said ABC Studios president Patrick Moran. “We’re so looking forward to working with him again and bringing his signature creativity back to our studio.”

Genre Arts will be based on the Disney Studios lot. Lindsey Springer, who joined Cuse from Amblin TV, will serve as president of the company.