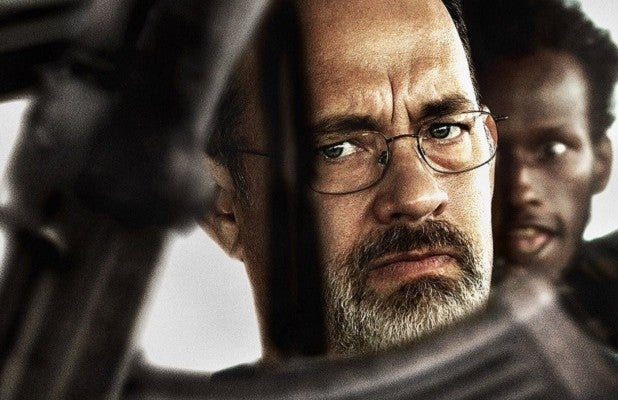 “Captain Phillips” and “All Is Lost” are proof that even our most familiar screen veterans are capable of surprising us.

In a year full of memorable performances from newcomers like Miles Teller (“The Spectacular Now”) and Lupita Nyong’o (“12 Years a Slave”), the most revelatory work is arguably coming from Tom Hanks and Robert Redford in two gripping and very different sea-faring thrillers.

Between them, the two have nearly 80 acting credits and three Oscars (although Redford’s came not for acting, but for directing “Ordinary People”). Yet Hanks’ work as a kidnapped merchant mariner and Redford’s embodiment of a sailor stranded at sea are revelatory.

At 57 and and 77, ages when most actors are more concerned with hitting the links than burrowing deep into themselves, Hanks and Redford have hit a creative peak.

Their accomplishments are all the more noteworthy given their recent track records before the camera.

Hanks’ recent movies have been uneven, to put it politely: Last year, he underwhelmed in “Cloud Atlas.” Before that he had a low-key turn in “Extremely Loud and Incredibly Close” and starred and directed the bland “Larry Crowne.”

Likewise, Redford seemed more interested in guiding the Sundance Institute and promoting other people’s work than he was with stretching himself as an actor.

Sure, he’d turn up in the odd film, but they were nothing to write home about. (The less said about “Lions for Lambs” the better.) Yet as he nears the end of his career, he appears to have rediscovered his love for acting again.

At least in the case of Redford, having nothing left to prove may have been liberating.

Both stars aligned themselves with strong directors — the kinetic Paul Greengrass in Hanks’ case and J.C. Chandor in Redford’s.

Redford has almost no dialogue in “All Is Lost.” And that’s a good thing. We know the situation is very dire for this particular sailor, who is beset by storms and sharks, not because Redford tells us. It’s there in a wary glance or a downward turn of the head as he sees storm clouds forming on the horizon or as he looks back at his sinking sailboat while settling into a flimsy life raft.

Redford’s a good talker. For proof, just listen to his command of Norman Maclean’s elegiac prose as the narrator in “A River Runs Through It,” or marvel at his performance on the stump as a callow young politician in “The Candidate.” Robbing him of his expressive voice allows the camera to focus on his craggy features and slight limp.

And that’s not all. Toward the end of the film, with provisions running low and rescue seemingly impossible, this coolest of on-screen presences unravels. Impotence and hopelessness have rarely been conveyed as magnificently as they are here.

Hanks does speak — brusquely ordering his crew and then trying to reason with the Somali pirates who have hijacked his ship — but those lines aren’t what makes his Captain Phillips a role for the ages. It’s the rising panic he conveys as the situation in a stuffy lifeboat begins to deteriorate rapidly, erupting in a spasm of violence.

The final moments of the film contain Hanks’ finest acting ever, as Phillips, coated in the blood of his captors, is examined by navy medical personnel. In those roughly five minutes of screen time, the weight of the ordeal crushes down on him as he lifts his arms and haltingly answers a nurse’s questions, leaving Phillips, a man who has rigorously kept his emotions in check, sobbing uncontrollably. It’s perhaps the most memorable breakdown in movies since Sean Penn raged at the heavens in “Mystic River.”

Hanks and Redford demonstrate that even the best known cinematic quantities are capable of surprises and serve as a lesson for actors in need of a reboot. Head out to sea.