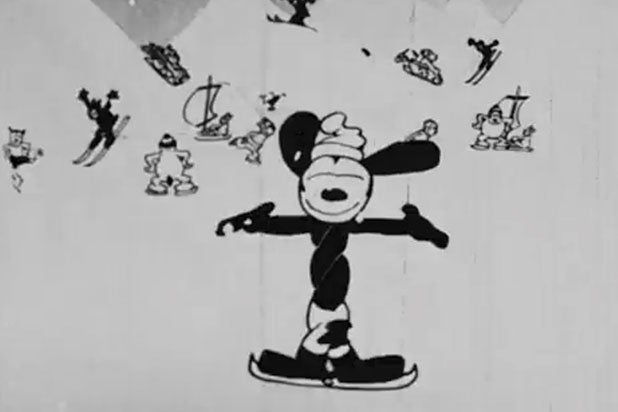 The character is a precursor to Mickey Mouse and was invented by Walt Disney in 1927. Until now, the film had been lost and unseen since its original release.

According to BFI, the animation was completed by Walt Disney and Ub Iwerks, who went on to create Mickey Mouse. The print of “Sleigh Bells” was preserved in the National Archives, and a research browsing the online catalogue had made the discovery.

With a run time of six minutes, the studio has now taken the print and created a new preservation print as well as digital copies.

“What a joyful treat to discover a long-lost Walt Disney film in the BFI National Archive and to be able to show Sleigh Bells to a whole new audience 87 years after it was made,” Robin Baker, head curator of the BFI National Archive said. “The restoration of this film will introduce many audiences to Disney’s work in the silent period – it clearly demonstrates the vitality and imagination of his animation at a key point in his early career. We thank Walt Disney for working with us and are thrilled to present the world premiere of this restored version here in London at BFI Southbank.”

The world premiere of the new restoration will take place at BFI Southbank in London on Dec. 12 as part of the Christmas program, “It’s a Disney Christmas: Seasonal Shorts,” which screens Disney movies from 1930s to present day.