Lou Dobbs is returning to the airwaves nine months after his benching at Fox Business Network, he announced Wednesday. The former television host will helm a podcast, “The Great America Show.”

“I am beyond thrilled to be back with you all — I hope you will join me on this new journey, it’ll be a hoot!” he tweeted to his 2.1 million followers, adding hashtags #dobbs and #dobbsisback.

He added an audio clip from the new program in which he said, “That’s right: Great America. I believe America is great. It has been and always will be. Here, you and I will hear the thinking of elected officials, politicians. This podcast will take account of both political parties and do its best to keep America great.” 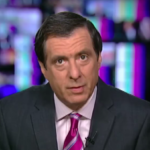 In the clip, Dobbs tells listeners they can find “The Great America Show” on Spotify, Apple Podcasts, his personal website and more. A review of the Apple Podcasts landing page for the program reveals that a number of episodes were uploaded Thursday: ” Whisper When You Say China,” “Biden Not Big on Boundaries,” “Are Parents Really Terrorists?,” “Critical RINO Theory,” “Courage is Contagious,” and “Is America Woke or Awakening?”

Each episode is about an hour long.

The cancellation of Dobbs’ show in February came a day after Fox News and its hosts Maria Bartiromo, Jeanine Pirro and Dobbs were sued by Smartmatic, a voting technology company, for $2.7 billion. The company accused the network and its on-air stars — as well as former Trump campaign attorneys Rudy Giuliani and Sidney Powell — of waging a “disinformation campaign” during the 2020 presidential election about the company’s operations and damaging Smartmatic’s reputation. The network has since moved to dismiss the lawsuit.

“As we said in October, Fox News Media regularly considers programming changes and plans have been in place to launch new formats as appropriate post-election, including on Fox Business,” a spokesperson said at the time. “This is part of those planned changes.”