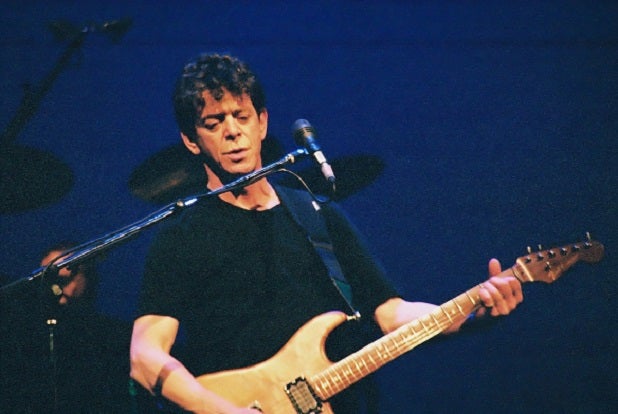 Singer-songwriter Lou Reed, whose “Walk on the Wild Side” became a rock classic and whose work as a solo artist and with the Velvet Underground inspired generations of punks and indie rockers, has died at the age of 71.

Although he initially studied to become a poet, Reed went on to a music career that spanned five decades. The news of his death was reported Sunday by Rolling Stone. The cause  was not reported, but Reed underwent a liver transplant in May.

A fixture on the New York rock scene who worked with Andy Warhol, Reed’s powerful guitar work and energy combined with his raw lyrical message to create a unique style that inspired rockers around the world. The Velvet Underground never achieved wide commercial success, but was considered seminal and in 1996 the band was inducted into the Rock and Roll Hall of Fame.

Reed’s songwriting in the Velvets delved into drugs, sexuality and violence in a way virtually unknown in the pop music of the time, shocking some listeners but inspiring others. Brian Eno once famously pointed out that while only 30,000 people bought the first Velvet Underground album when it came out, all 30,000 went on to start their own bands.

“They opened wounds worth opening with brutal energy, without apology,” said singer and writer Patti Smith when she inducted the Velvets into the Rock Hall. ” … They explored the darkest areas of the psyche and they re-emerged and they delivered up.”

The Velvets’ admirers included David Bowie, who gave Reed’s solo career a boost by producing the “Transformer” album, Reed’s biggest hit, in 1972. In addition to “Walk on the Wild Side,” the album included “Vicious” and “Satellite of Live,”which was later covered by U2.

Reed’s later work included the dark concept album “Berlin,” the landmark live album “Rock ‘n’ Roll Animal” and the classic “Street Hassle” in 1978. He also experimented with sound in the infamous 1975 album “Metal Machine Music,” a double-album consisting of nothing but electronic feedback that infuriated many fans but became a strange cult classic of sorts.

In the 1980s, his recordings included the acclaimed “The Blue Mask,” and a collaboration with his long-estranged Velvet Underground partner John Cale on “Songs for Drella,” a tribute to Warhol.

Reed reunited with the Velvet Underground in 1990, and had continued to work as a solo artist since then. His most recent album was “Lulu,” a 2011 collaboration with Metallica that drew wildly mixed reviews.

He received a life-saving transplant after suffering chronic liver failure after years of to drugs and alcohol, which he addressed in his  music. “Heroin,”  one of most well-known song, included the line, “Heroin, be the death of me/Heroin, it’s my wife and it’s my life.”